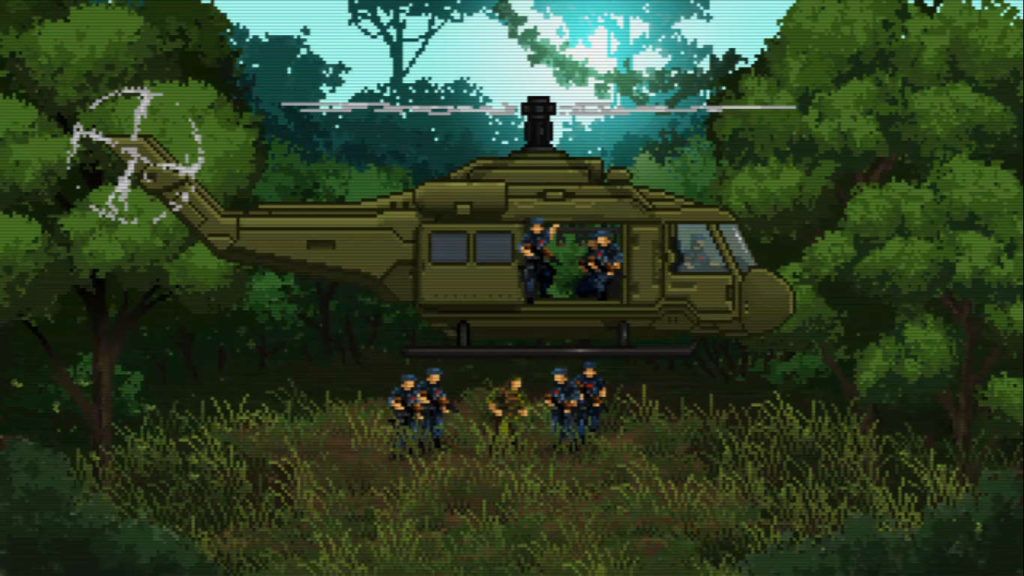 Russian me? I also drive a Toyota and am not Japanese.

Francisco Tellez de Meneses is the creator of two great Metroidvania: UnEpic and Ghost 1.0. Undoubtedly, these are two games that have made a name for themselves in the world of independent video games, not only for their extensive maps and many secrets, but also for their great sense of humor. If there is anything to be said about Fran’s games, it is that they are very funny and always make you smile. Today we are going to talk about UnMetal, its next game which will be released on October 2nd and of which we will have a free demo available on Steam starting June 9th for the Steam Game Festival.

In this new story, we’re completely changing the genre to dive into action and stealth games, which pays a clear tribute to the classic MSX Metal Gear, but with a sense of humor that turns the tables completely. UnMetal puts us in the shoes of the enigmatic Jessie Fox, a person who doesn’t consider himself a military man but was captured after the helicopter he was piloting was shot down over enemy territory. Once the demo starts, laugh at the humor of the situation itself as you will be arrested for a crime you did not commit and you will be told so.

{The sense of humor is always there in UnMetal}

Good old Jessie Fox is the narrator of this war story and tells everything that happens to him while we play. UnMetal is a game with simple mechanics, but it gets confused due to the large number of objects and secrets to discover. It always encourages you to go a little further to find out if something has happened to you, a very positive aspect because not all games are capable of piquing the gamer’s curiosity in the same way that Fran’s new gem is. 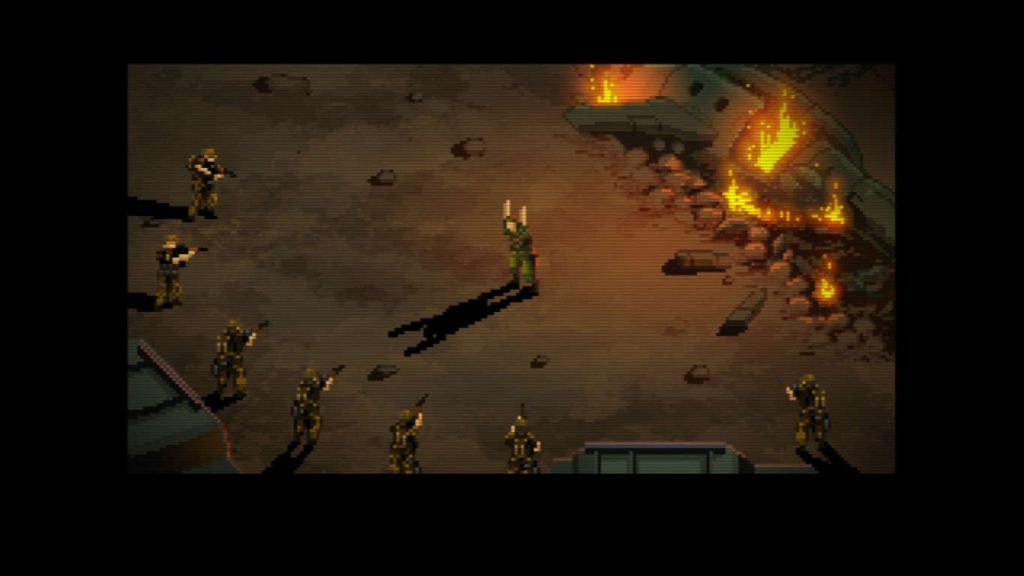 The game’s pixel art is fine, but the scenes are wonderful

But we go by parts that I mess up. The playable mechanics are simple: we can run, roll to dodge, stick to the wall to stay hidden, and hit the guards, but like I said, this is just the tip of the iceberg and the beauty is in it, the great thing to combine and use amount of items that we will find during our escape. 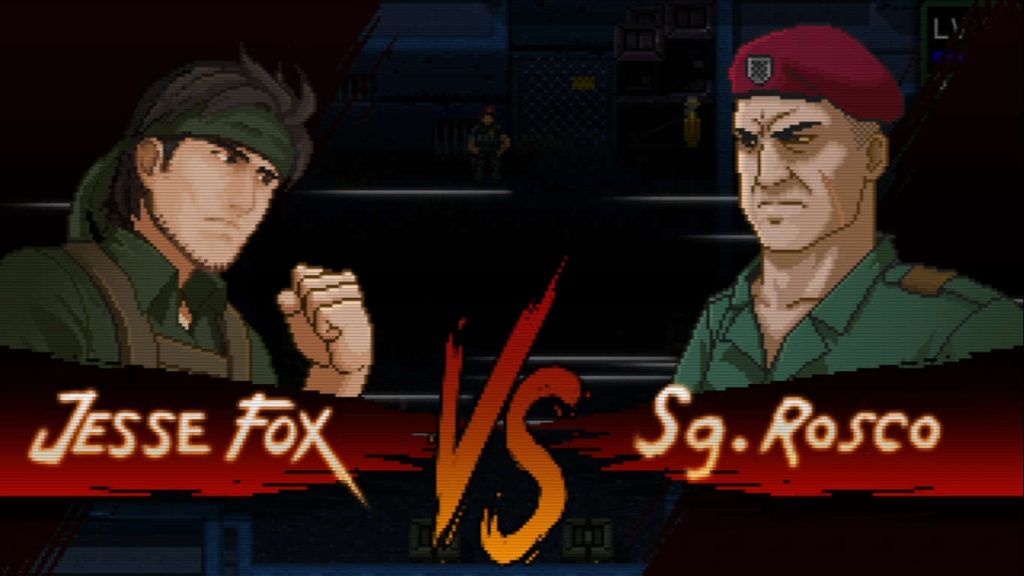 The battles against the bosses are so well presented

In this demo from UnMetal, we can test our ability to face a game of stealth (lots of fun, but still stealth) as the parts of the map are designed to make us think carefully about our next step. Looking into every corner, registering the passed out guards and smashing the boxes scattered on the stage, will surprise us more than just pleasantly. 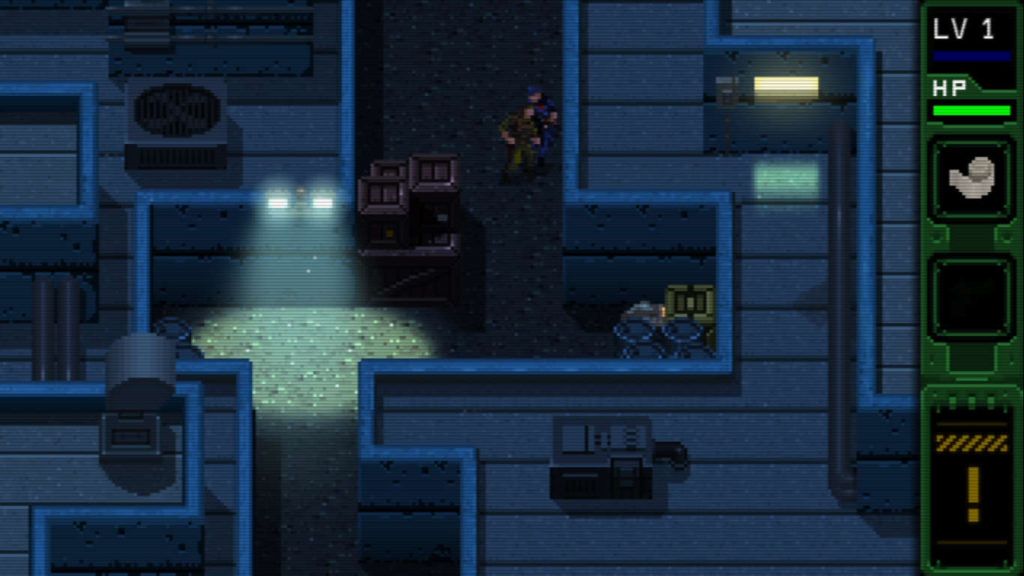 Once we get through the mission, thanks to what we commented above, we discover many deeper mechanisms: the objects. For example, one of them is to cover a wound with bandages, otherwise we will lose blood, mark the ground with red drops and gradually lose health.

The enemies in UnMetal are hard to crack and will shoot us at the slightest change, so you’ll always need to position yourself well and try to use advanced distraction techniques like tossing a coin in front of the guards. This will get their attention and when they get closer to us they will give us a chance to beat them senselessly so that we can browse the body in peace. 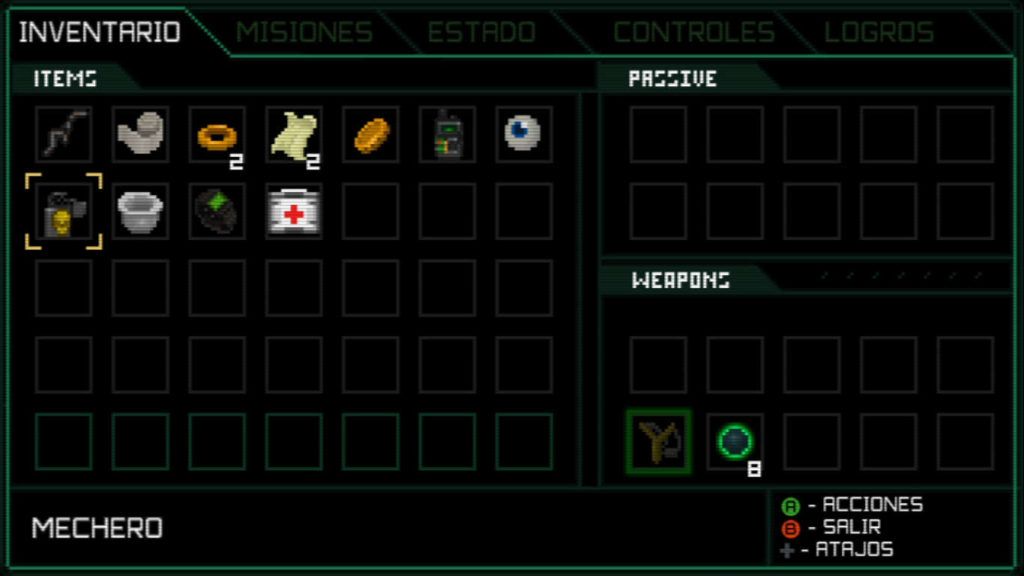 A glass eye? Please do not ask.

What I really liked are the confrontations with the bosses. In this demo we have the chance to face one of them and while it wasn’t much of a challenge it adds a touch of freshness to the game and, in this case, more immersed in some of the pure and hard action.

So far we’ve seen very little of UnMetal as this demo is the starter for what’s coming on October 2nd. What he is looking for, he achieves by whetting the appetite of all who get involved in this warlike action and stealth game, which, despite an adult plot, exudes humor from all four sides. Thank you for these jewels, Fran.