DEV, the Spanish Association of Video Game and Entertainment Software Developers, presented the White Paper on Spanish Video Game Development yesterday morning at the Ministry of Industry, Energy and Tourism in Madrid. This initiative is sponsored by U-Tad (University Center for Technology and Digital Art) and supported by ICEX (Spain Exports and Investments).

The presentation, which was attended by some institutional figures, was led by two authentic industry veterans: Víctor Ruiz Tejedor, Director of Development and Founder of FX Interactive and Vice President of DEV; and Ignacio Perez Dolset, Founder of Pyro Studios and President of DEV.

This report, pioneered in Spain, tries to break down the reality of the Spanish video game industry from different points of view, but with a particular focus on its value as a job market for young people. In addition, it analyzes the current problems of this sector in Spain and provides ideas and solutions to improve the situation in the future.

According to DEV, the video games market in Spain reached 1,900 million euros in 2012, a growth of 17% compared to 2011, making Spain the market with the highest growth rate of any country in the European Union. Online video games make up 38% of this market. The number of players, playing time or the number of players paying to play also increased between 2011 and 2012.

A total of 330 companies made up the Spanish video game development industry in 2013, with Madrid and Catalonia being the municipalities where most of these companies were based, which together represented 67.4% of the total (29.8% and 27.1% respectively). The third place in the ranking is held by the Valencian Community with 10.5% of companies and Andalusia in fourth place with 8.1%. 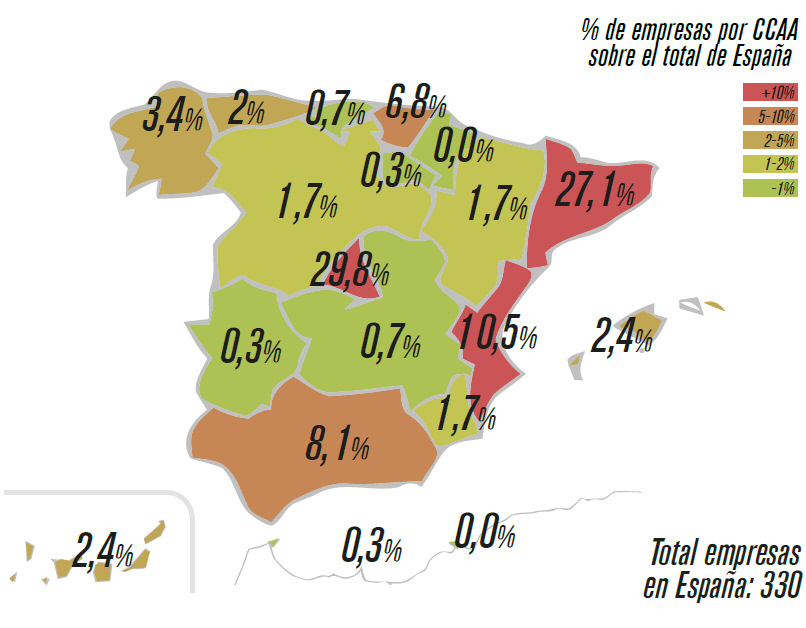 The study highlights the youth of this sector, where 68% of companies are under 5 years old and 45% of employees are under 30 years old. Additionally, 97% of the capital is nationally sourced, which according to DEV demonstrates that local entrepreneurship is crucial in the industry.

Online sales, protagonist of the reckoning

In 2013, the turnover of the Spanish video game industry reached 313.7 million euros, making it one of the most important national digital content industries. In 2017, it is estimated that the sector’s turnover will reach 723.6 million invoices.

It is striking that from this billing, 78% corresponds to the online distribution of content in its various models, and physical support already accounts for only 22%. Undoubtedly, the download model of video games, fueled by the various existing digital platforms in recent years, has experienced the greatest growth, taking first place in accounting with 28% of the total. 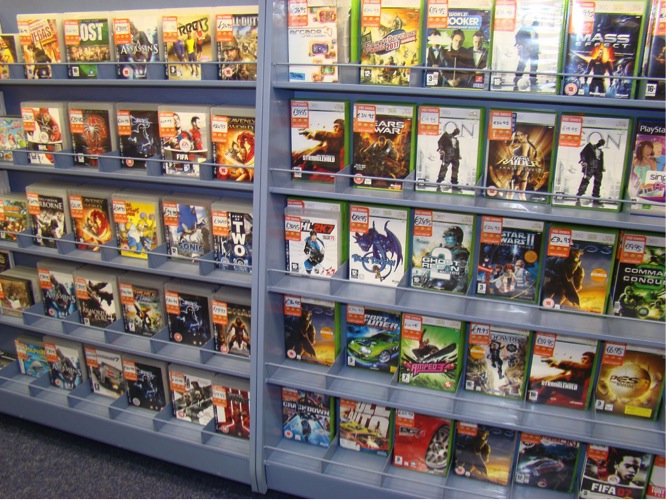 Export represents a very important part of this turnover, reaching 56%, with the European market being the most important with 24.3%. This is followed by North America with 19.3% and further afield Latin America with 8.1%.

In 2013, Spanish companies directly employed 2,630 people, but if one also includes indirect employment, the employment figure rises to 4,292 professionals involved. Video games are one of the few industries that has managed to increase the number of employees to 29% during these times of crisis, which also underlines its stability as 65% of the contracts are permanent.

The high qualification of professionals in this industry is another point that stands out in the study, as 90% have intermediate or higher education. Another notable value is productivity, which at EUR 76,350 is in line with the average for the European ICT industry.

An industry that needs support

There are many studies around the world that recognize the importance of the video game sector as a generator of wealth and employment. The countries that have chosen this industry, such as Canada, South Korea, France or, more recently, the United Kingdom, have achieved excellent results in terms of productivity and job creation.

Spain needs such an initiative to encourage the growth of this sector even more, which is why the DEV, in its white paper, points to a good range of support measures from different areas to make the Spanish industry more competitive compared to other countries where the industry is based is consolidated to increase. Tax support through the creation of subsidy and financing programs or the promotion of foreign investments; Supporting internationalization through cooperation agreements with other countries; or supporting employment through social security premiums and tax cuts are some of the ideas contained in this white paper.

The White Paper on the Spanish development of video games is the first major study on the panorama of this sector and provides a large number of data of great importance, especially for those entities responsible for the support and promotion of this activity, and which until now probably have been unknown to a large part of the data.

Although it is not the truth tables of the industry and in fact some developers have already disagreed with some of the data and statements contained in this report, it is undoubtedly the most complete and reliable document available right now in Spain. An important and elaborate work that will no doubt serve as the basis and impetus for other works to come.

The Crow's Eye, 3D2 Entertainment's take on the horror genre