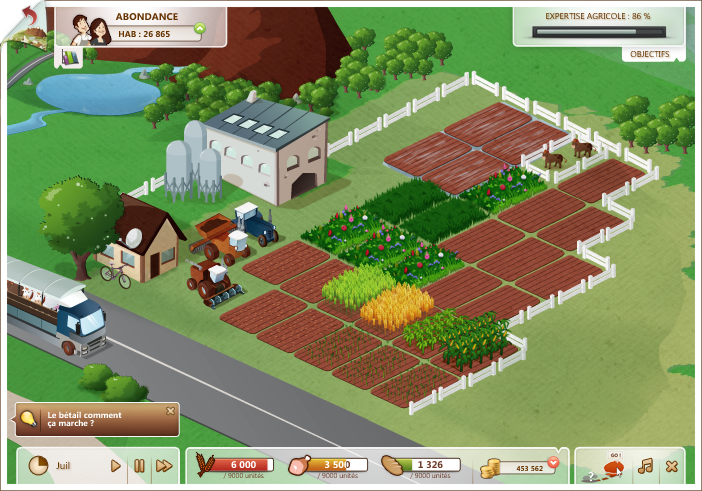 In another entry, we could see that the video game industry has not only spawned different entertainment titles, but also disciplines and works that have studied this phenomenon from different academic or scientific perspectives and addressed its different facets. Within these facets we find another one that has recently experienced a really important growth and privileged situation within the studies related to the video game. We are talking about the so-called “serious games” or serious games or educational games. Titles where their true purpose is not to entertain for the sake of entertainment, but to educate, or to educate while entertaining. They use the mechanics of the video game and its background and tools to present a completely different product but essentially the same, geared more toward instruction or education than entertainment. In the words of the term’s creator in 1970, Clark Abt:

“Reduced to its formal essence, a game is an activity between two or more people with the ability to make decisions aimed at achieving goals in a limited context. A more conventional definition is one in which a game is a rules-based context between opponents attempting to achieve objectives. We are interested in serious games because they have an explicit and carefully planned educational purpose, not just to be played for fun.” (Abt, Clark, 1970)

This definition was not made for digital games, but fits our purpose perfectly. Perhaps we should look for the origin of these products in the simulators traditionally used in some sectors of society to train members who are taking their first steps in their professional fields such as aviation or the army. Like many other technologies, this experiment made its way from the military to the civilian sphere, where it unfolded its extraordinary potential. As we mentioned earlier, a few years ago, the rise of serious games has only increased. Numerous studies and investigations focus their work on them and, of course, Spain was no exception.

In our country, the most visible head of this phenomenon is perhaps the Fun & Serious Festival, which has been held in Bilbao since 2011 during the months of November and aims to reward the various people involved in the creation, development, dissemination, etc. of serious games are divided into different categories, health, education / training, corporate strategy and social / culture. However, this festival is not only presented as a gala with awards ceremony, but is a real meeting point for all professionals in the sector, since numerous lectures and conferences are held on the subject, introducing everyone interested in the subject.

It should be noted for its activity and presence in the OmniumLab network, responsible for the work El Misterio de Amelia, a serious game that proposes the player to delve into the mysteries of the Strait of Gibraltar, a link between cultures for millennia. Also responsible for Omnium Games, a site entirely dedicated to gamification and serious games. Another national developer company that also has a lot of presence in the media and news of the sector is One Click, although it is not exclusively about serious games, but these fall within an even wider range of services that, according to them, boil down to It comes down to generating value for its customers, just like Bitoon, whose different missions include creating serious games. Another dedicated exclusively to gamification (“gamification” in Spanish) is Idealudica, in charge of “consulting and developing projects related to games and game dynamics” not only in digital worlds but also in analogue ones such as card games or table games The Multimedia Creation and Serious Game master’s program taught at La Salle, the university master’s program in Multimedia Creation, Design and Engineering, applies the philosophy of serious games to business. Another example of private commitment in the education sector Serious Games.

However, we believe that although the private sector is strong, the public sector is where the main bets for serious gaming in our country are located. The facilities offered by public administrations, as well as subsidies and facilities for research, allow for a more fertile breeding ground for entrepreneurship in this sector in our country, where the public sector still has a major role, albeit increasingly weakened. Within this sector we would have to talk about the role that universities play in serious games studies. For example, the University of Extremadura organizes every year a congress on education and video games, the CIVE (International Congress of Videogames and Education), which is currently organizing its third edition. The University of the Basque Country has also borne fruit within the sector, with the example of Sexu Muxu, a serious game for third and fourth year ESO students with the aim of informing about sexually transmitted diseases, a project funded by the Basque government. The University of Salamanca is also at the forefront of serious games research. Within this institution, the work of Beatriz Marcano Lárez deserves special mention. The University of Oviedo is another institution that represents serious games with its own title Expert in “Serious Game”. Development and improvement of video games for the industrial and healthcare sectors.

To summarize and not to prolong this article, which is only an example, to illustrate a more than tangible reality, the spread of serious games in our country, their creation, development and research, we can say that Spain is within of current gamification trends in both the private and public sectors, with the latter predominating due to the help and facilities provided. Other ways of using the video game are yet to be verified, such as: B. the improvement of historical heritage, a topic that we will deal with in later posts.