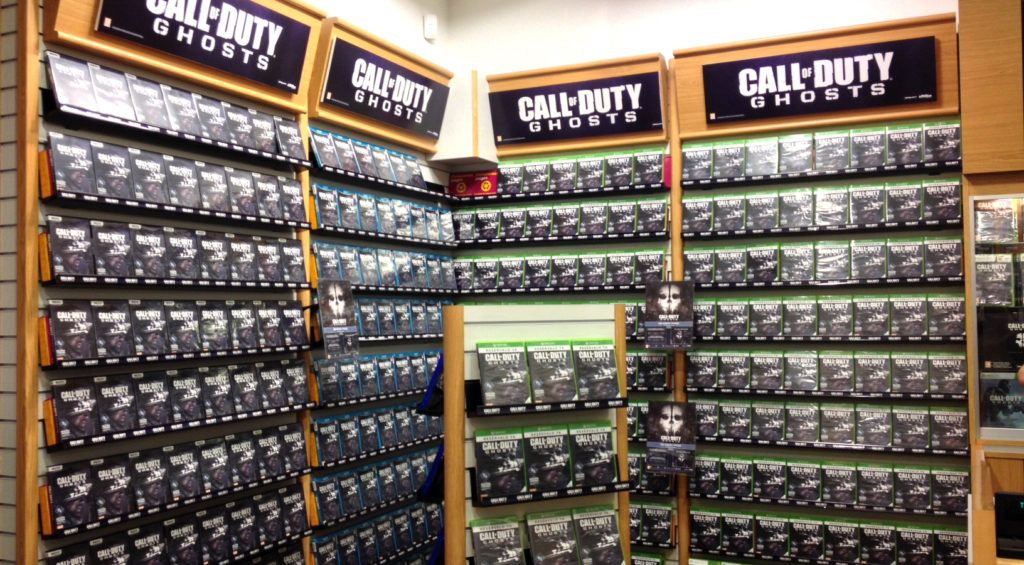 Does Spain need a single market for video games? [1] Yes, it is very necessary. This question and this clear answer are statements of which I am really sure, but before I break them down, allow me to walk around a bit. I’m not used to writing in the first person, but I decided to use this style in this post for a simple reason, you will read my opinion, my pure and simple opinion on it, and like all opinions it is so subjective, which of course does not exclude the attempt at argumentation and justification based on data.

This is not the entry that I wanted to write in DeVuego this week, but I wanted to develop the previous one, that is, what is the current video game market like in Spain and why? However, the course of events threw me off track and misled me based on the comments that developed in the first entry. They mentioned the importance of the global market, the disappearance of distributors as key entities in the video game market due to digital sales platforms, and the little importance given to the internal national video game market.

The commentators, one of them in particular, commented on the importance of the foreign market and that most of the sales in Spain were international video games. Therefore, the real intention of the Spanish developer is to compete with this range of high-budget products, he argued, however, due to the scarcity of the industrial fabric related to video games, legislation, lack of subsidies, etc. , it could cater to the major international productions, especially American and Japanese, do not meet.

Bowing to this evidence and giving in to foreign dependency is, in my opinion, very damaging to the video game industry in Spain. For a very simple reason, if you are dependent on the outside and you are comfortable with the situation, then why will you try to change it? What do you gain by changing it? Why will we develop video games in Spain when we already have titles developed by North American or Japanese studios? Makes no sense right? On the contrary, it makes a lot of sense and is an element that the film industry has perfectly understood. Building a single market is crucial for the industry. 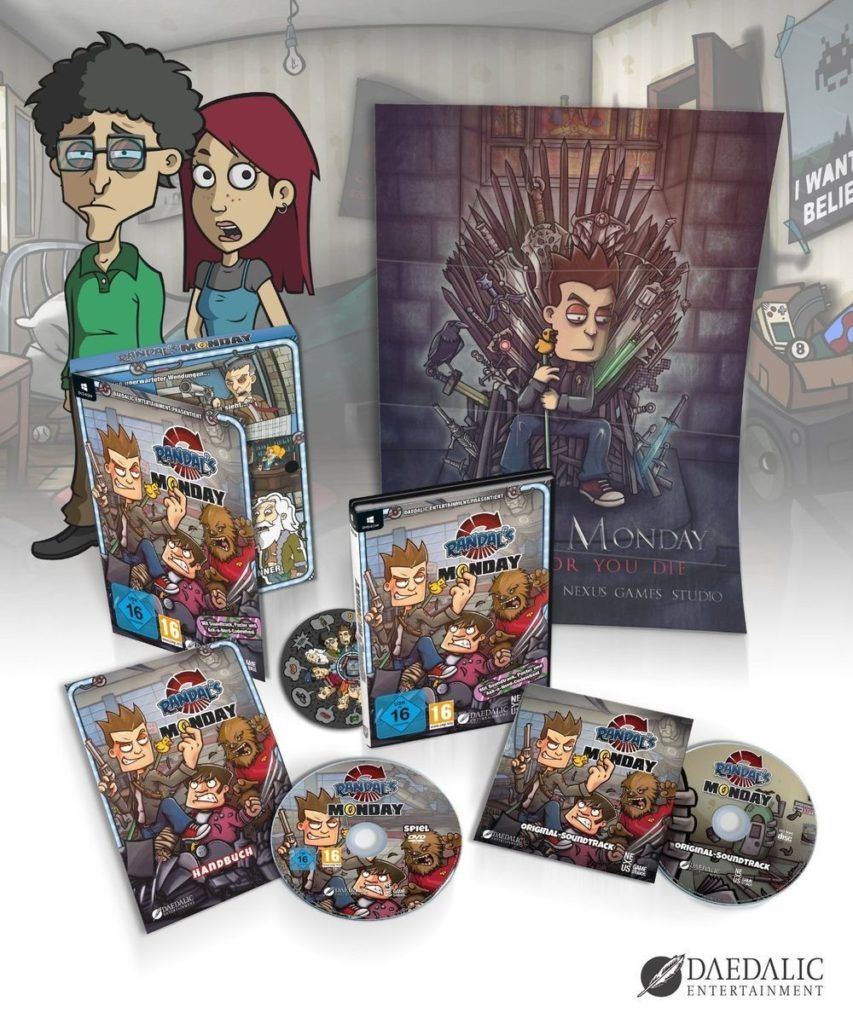 It is vitally important for the industry to create this single market because in this way a differentiating fact would be created, the video game industry would benefit the country’s economy, jobs would be created, more taxes would be collected, consumption would increase, we could Export titles, experts and all kinds of products related to video games etc. We would not only increase consumption, as is currently the case, but also production, the actual industry, the necessary foundations would be laid for the maintenance of the sector, such as the inclusion of topics related to video games in education, already from its more technological or from its cultural area. We would create a video game culture in Spain.

However, due to the dependency on foreign countries, these ideas slip through our fingers, because why develop or promote something when that from abroad is enough for us? This idea was greeted with particular enthusiasm by the highest levels of government, where the video game is still not understood and where it continues to depend on the Ministry of Industry, rather than the Ministry of Culture, to create a domestic manufacturing industry and It would not just open a mass consumer’s eyes to the great skills and opportunities to be gained from a strong domestic market in the video game sector, one of the most prosperous industries of our time that is constantly growing in the context of a severe economic crisis. 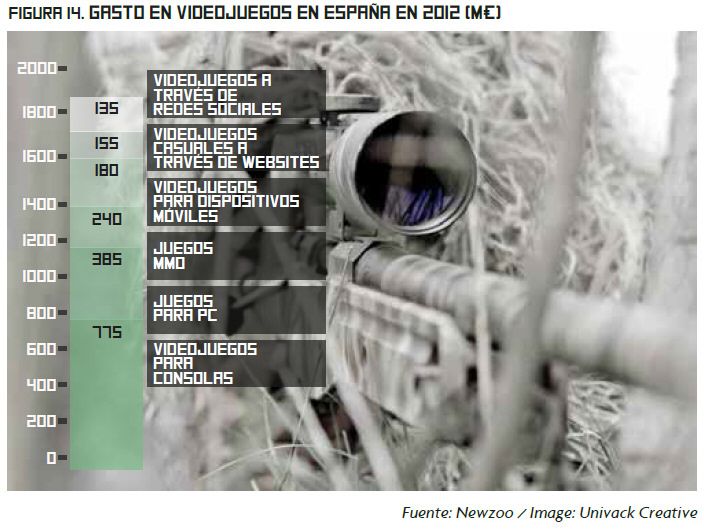 This fact has been very well received in countries like the US and Japan, especially the latter where their home market is sometimes enough to keep some sectors of their video game industry afloat. We have to keep in mind that titles born in the Land of the Rising Sun are not yet reaching our market as they are produced and developed solely with the Japanese domestic market in mind. Of course, we could argue that the market there is much larger due to a larger population, and we would be right, Japan has 126 million people and the US has 307 million, but the UK is one of the largest video game markets in the world, only has fifteen million more inhabitants, a number that alone is not enough to explain the differences in the profitability of the sector.

The economic difference with Spain is obvious. Our country is in the middle to lower range of the world market table for video games with a spending of 725 million euros in 2013, although the Spanish video game market is expected to reach 848 million euros in 2017, a growth of 17% compared to the current value. The top three video game markets in 2013 were the US, Japan and the UK with spend of €12,020, €3,874 and €2,671 million respectively [2] . The very countries that best treat their domestic market, which has even prompted them to develop their own gaming systems, especially the first two, are also the headquarters of the world’s most powerful video game developers. 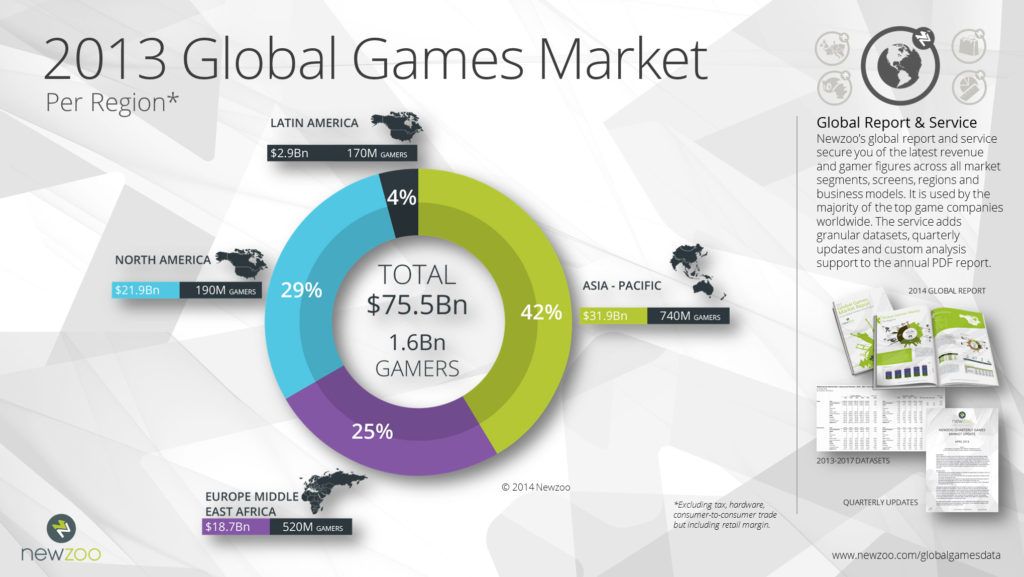 Therefore, creating a single market is a first and necessary step in creating a strong video game industry. It would create the necessary infrastructure for the development and distribution of the game, it would eliminate the extreme dependence that we have on the foreign market and above all and above all it would create a video game industry that is so necessary in a country like this ours, with one of the highest rates of technological penetration of society in the European Union. However, it would be sheer idiocy to think that this could happen in such a short time. Realizing and shaping a single market and a video game culture requires time and effort, but above all awareness, seriousness and sincerity of a cultural discipline that has come to stay and that shows every day that it has come to change the way we live , like the cinema a hundred years ago.

[1] When I refer to the video games domestic market, I am referring to the development, production and distribution of video games in Spain with the intention of reaching both a national and an international market, but always from our borders.

[2] Information from the Strategic Research Center of the EAE Business School and the study Expenditure on video games in Spain 2013.