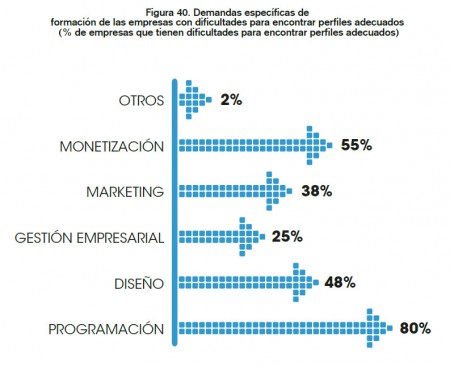 “We have a designer, a programmer, an artist and a musician. We already have everything, right?

How many video game studios that tried to make a living from this hard work naively thought that they just needed qualified people to develop the game themselves and that that would be enough? Probably too many.

In my humble experience as an amateur communicator, and especially in my last years of contact with Spanish developers, I have confirmed the existence of a very common mistake among beginner studios: total forgetting of the communication section of a video game. Often, until the last moment, it is not given the slightest attention, either because it is assumed that until then it will not be necessary, or in many cases, because it faces reality and realizes that a good video game does not need to make it , it sells itself.

If we consider the team of a designer, a programmer, an artist and a musician as the basic components to start a video game development studio, I think those who want to have a bright future in the industry should integrate a fifth essential element: a communicator.

Nobody better than me to sell my game

This is partly true. It’s clear that no one will speak about a video game with as much affection, with as much knowledge, and in as much detail as its creator, but it can be a double-edged sword. Perhaps this feature that you have worked so hard on, that you are so proud of and that you care so much about selling, is not at all attractive to the player. On the contrary, that mechanic or concept that you overlook can make your game appealing to a potential audience.

On the other hand, not all of us have the gift of communication. Having a large amount of information does not necessarily mean that we are able to transmit it correctly. That’s why there are people who specialize in this area and great professionals with the special ability to bring the best of our game to those who are interested in it, in the way that interests us.

Of course, a programmer, an artist, or any other member of the development team can be a great communicator, as many studies have shown me. But maintaining a good communication strategy requires a lot of dedication, and therefore the development process can suffer.

Therefore, from the first moment we start developing a video game, it would be ideal to have a person specialized in communication. Today, when we’re faced with the typical situation of a group of friends or classmates who decide to team up to start a video game studio, it would be good to stop and think of someone who shares our passion for video games, but who has one Training – or ideally experience – in the field of communication. In this way everyone starts a simultaneous training process in all their tasks.

A person who specializes in this area but is integrated into the development group from the start combines the best of both worlds: As part of the development process, they receive all first-hand information and the same appreciation and affection as any other developer, but them have communication skills essential to knowing how to reach the public.

But if the game is not finished, what do I communicate? 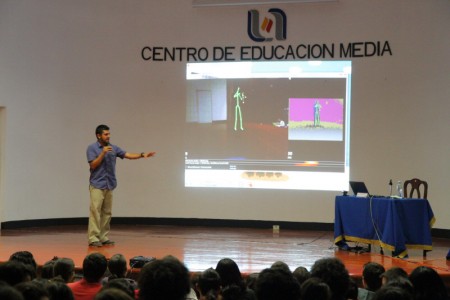 The communication task is not simply to send out a few press releases when the game is released to sing his praises and wait for the media to publish them.

It is important to build up a network of contacts with the media and users and, above all, to keep it alive. You need to make yourself known from the start: introduce the studio, its members, why they decided to make video games, what their origins are, what kind of video games they want to make, in what timeframe, which ones ideas they have, etc. All of this from a realistic, serious, but exciting and, above all, coherent point of view.

It’s not about becoming a “little friend” of all the press media and hanging out with them so that they publish our notes from colleagues, but about making us known enough that the media will know when the key moment for selling our game will come that you been there, that you worked and that what you talked about came true.

From my personal experience as a lay medium, it is reassuring to see how projects emerge, grow and bear fruit, because as an information medium you feel part of this process in a way. Furthermore, when the time comes to write about a video game, the lyrics always get that much better, more complete, and more detailed when the journalist has a wealth of information before the typical launch press release.

Don’t underestimate any aspect of communication 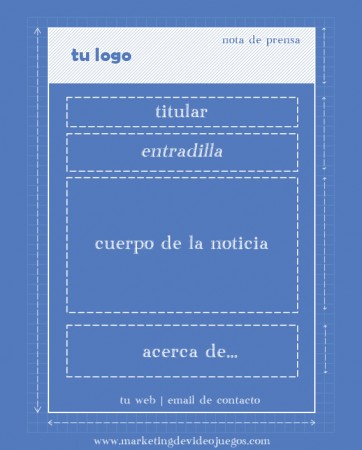 Just as important as maintaining constant and varied communication from the beginning of a project is doing it carefully. It’s hard to explain how grateful we in the media are that studying makes our job easier – especially for those of us who are particularly lazy. Including links to press kits with images, videos and other resources, as well as a well-written and well-informed press release about the game, studio, etc. is simply essential to reach the media.

Another common mistake made by some studios in the field of communication – and this of course affects you personally – is to underestimate or ignore small or highly specialized media. Especially if your game is aimed at a small or very specific sector of gamers, it’s usually less effective to get your game in front of a large audience – a very large percentage of whom are probably not in your target audience – than in front of a small audience, but closer to your goal.

Often, this type of media maintains a closer and more direct connection with both the players and the developers, so the treatment and exposure they can give your game not only cannot be ignored, but must be encouraged and treated with special dedication .

And if it is important to have good contact with the media, it is of course just as important or even more important to do this with the public. My colleague Alberto Venegas has already spoken brilliantly about the importance of creating a community in his article The Necessary Community, citing the work of Fictiora Studios as an example, so I refer to him to go deeper into this topic, which of course is also part of the Tasks of our communicator.

Go to a professional

Admittedly, not everyone wants or can count on a dedicated communications officer on their team. For this we can turn to professionals and companies specialized in offering this service to development studios. In Spain we have more and better ones, with different involvement in the project: from the simple preparation of a press release and sending it to the media, to taking care of the entire communication area, social networks, contact with publishers, etc. 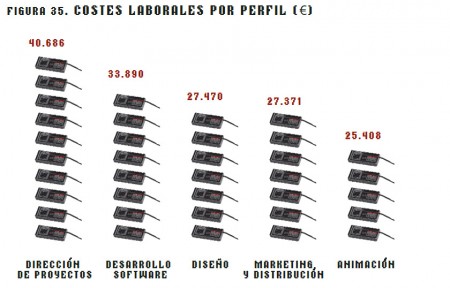 In any case, if we decide to go with this solution, my advice is the same: do not wait until the game ends to deal with the communication aspect. Any communications company works much better, as does one person on our team, if they know the project from the start, working side-by-side with the studio and following the communications process alongside the development process.

In short, and in a nod to the title of the article, my humble recommendation for development studies, especially those starting out in this world, is that they consider this fifth element, this position, which I believe is fundamental in any project that wants is to be profitable if we want to make video game development a career.

Not only must communication be part of the daily development of a video game, but this task must be carried out by a person exclusively dedicated to it – whether internal or external – who manages to combine and create a stable connection between the development team, the media and the public.