For years we have been living in a present in which the most important resource of our system is no longer production but information. To know in detail the state of each matter we need information, to launch any type of initiative we must first know what is the environment in which we are going to launch, in short for everything we must first inform ourselves. This is why access to information is so important and necessary, and this is why basic and necessary information is hidden from us while we are buried with unnecessary information.

Very seldom in our information age will we get to the data we want to know in a short time, usually this requires a long search, both physical and digital. Initiatives such as the DeVuego developed by this site are to be commended, where the reader is offered a complete database loaded with all the videoludic productions of the Spanish sector for several decades. They have created a perfect place to find out about the state of our country’s most important cultural industry and that’s what we’re going to try in this series of posts: How has the video game industry changed in Spain? How is it today? And how did it get here? These are the three basic questions we are trying to answer.

To answer the questions raised, as is logical and obvious, we will use the database on this page. It’s fair to say that the DeVuego database isn’t quite complete yet, but that there are gaps and some developers aren’t showing up. In order to fill this small gap, we will try to cross-check the data with other vital sources such as the Spanish Video Game Development White Paper, in order to find out the accuracy of the information and be able to draw interesting conclusions for the readers. So let’s get to the answers. 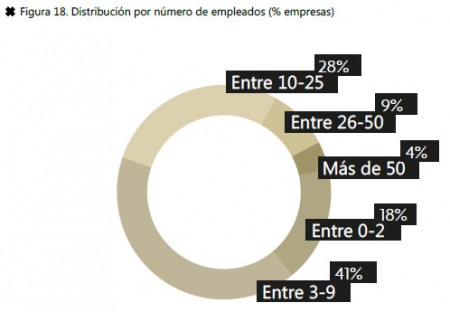 At a glance, the site tells us that at the time of writing this article in the database there are: 745 games, 1536 developers and 200 studios. From this data we can draw a number of conclusions, the first of these and the most logical is the narrowness of Spanish studios, which have 1,536 developers for 200 studios, many of whom are inactive people within the sector, such as: B. Azpiri. Across the numbers, it offers us an average of 7 developers per studio, which is most likely lower given that some of these Spanish-released titles are developed by a single person. Therefore, the first conclusion is clear and known to all: the sale of video games in Spain is not autochthonous but mainly external. The video games sold in Spain are not made in Spain. This may not seem like a problem at first, but if we dig a little on the surface we can find a number of issues related to this phenomenon.

Production is always necessary and a fundamental step in creating markets with real value. Let’s imagine a standard trading circuit where one individual produces raw material and another individual buys that raw material at a low price to process and sell it back to the first individual at a much higher price. Who would of this business benefit? It is not necessary to unravel the strand to understand that it is the second person who benefits from this treatment. In this example, the first person would be the Spanish developer scene that produces the raw material (developers, games released under foreign distributors, ideas, codes, etc.) and the second person would be the international markets that buy these products at a minimum price, then transform them them, pack them up and sell us the titles for €60 each. Wouldn’t it be more efficient and much more profitable for the Spanish scene if the raw material developed in the country was manufactured from here and sold to other countries?

If we take a close look at the last three games that have had the most popularity and social media relevance in the last year, Gods Will be Watching, Randal’s Monday and Dead Synchronicity, all three have found their distribution abroad, even in Spain exists to our database 76 publishers (these 76 publishers are not strictly Spanish but distributors who have hosted Spanish video games, the number of national publishers is therefore much lower), Devolver Digital and Daedalic Entertainment, one American and the other German Why , in Spain doesn’t have powerful distributors like FX Interactive was a few years ago? 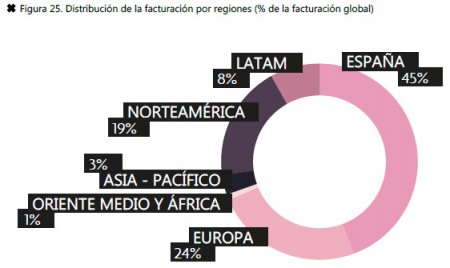 Of course, this question is easy to answer, there is no Spanish market for Spanish games, a product launched in Spain cannot only advance with the sales obtained in our peninsula, it must necessarily go abroad to try to make its next projects profitable make. And why is that? Mainly to market trends in Spain, where the most popular genres aren’t exactly adventure games or puzzles, a genre that includes the three examples we mentioned earlier in the text. Why are there no dealers? Why isn’t it profitable to make video games in Spain when our country is one of the most powerful in Europe in terms of video game spending and the use of technology in our daily lives? We will try to answer all these questions in the following entries we will write, stay tuned.