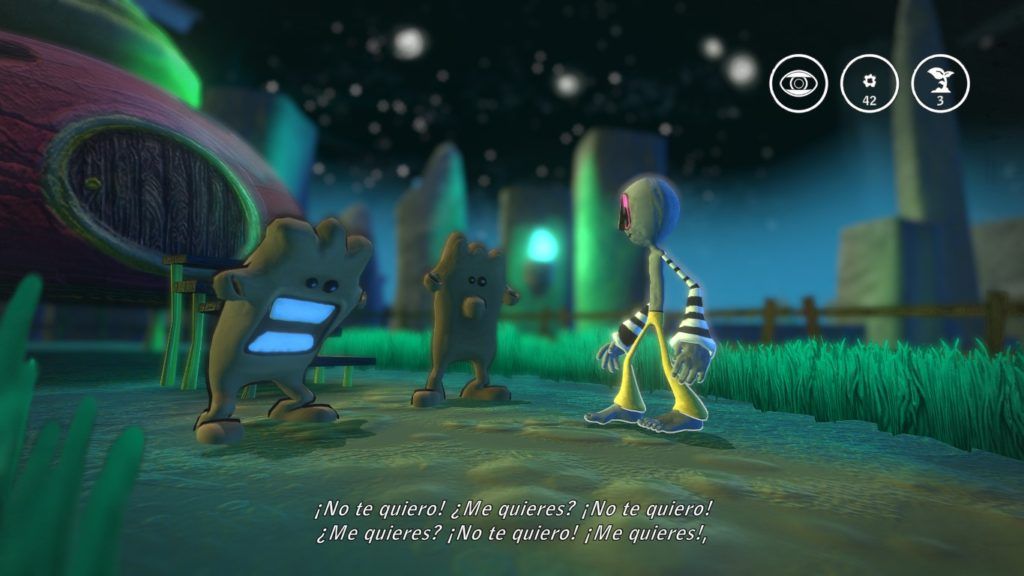 I’ll start by admitting my strong stance against trying demos. It’s a personal question: I don’t see any benefits. If the demo of a game doesn’t convince you, discard it, it disappears from your life and it’s over, the bad comes if you like it, or worse, if you like it. That bar called hype fills up only intensifying the stick you take with you when you see the start date. Playing the Onirike demo reminded me of that and now I have to wait until the end of the year. Liada.

Let’s start at the beginning. Onirike is the project that Alicante Studio Devilish Games is currently working on. Although Devilish has been around for 20 years and is an example of stability in an industry shaped by the opposite, its most famous products are certainly the newest: King Lucas and Path to Mnemosyne. Two remarkable games, very different from each other, that show us the characteristics that define the studio: innovation, care for the artistic and narrative part and the ability to evolve and move in different genres. Kolumno, a game that didn’t convince me too much, is also meticulous and elegant work.

Onirike is without a doubt the studio’s most ambitious project. You go into the adventure / platform genre in 3D and bet on an open world in a strange and complex dream world. I’ll tell you my impressions of the demo that you can play during the Steam Game Festival from June 16-22.

Where do dreams go that don’t come true

The adventure begins. Our character appears on a shining stone while a voice tells us the situation. The protagonist is called Prieto, a being who wakes up every night in a circus without memories. First interesting point, the narrator uses the past as if the story had already happened and it was a story. Throughout the demo, I can imagine that the adventure will be like this. The tone of a story or fable becomes more intense when we speak to certain characters, some with rhyming dialogues, or who introduce a variety of sayings, puns, and sentences.

Prieto is strange. A stubborn, lean creature with a made-up face and sad features. We soon discover that it is in some kind of sphere, a place where dreams pass that do not come true. Besides, he knows nothing of their nature or existence. It’s normal for him not to be happy. Our mission will be to help you find the fountain of realities where you can make dreams come true. 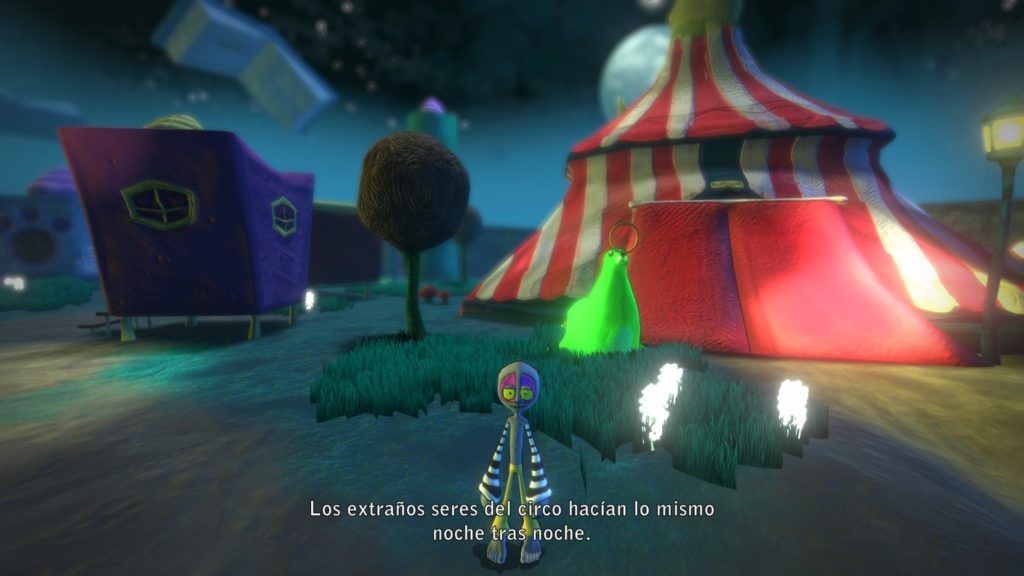 Prieto, we love you.

The first thing I did was explore the area where we show up. It’s a circus full of strange beings. The circus in popular culture is a place that can convey joy, happiness, and good vibes, as in Big Fish, or cause sad, terrible, or even frightening scenes, as in Dumbo; for me there is no middle ground. Onirike is closer to this second approach. But it’s nothing negative, on the contrary, it’s very attractive and I couldn’t help but inspect every nook and cranny and analyze every character. The atmosphere is dark, something normal, let’s remember that we are in the world of dreams – above those that do not come true, worst – that usually take place at night when people are asleep. But it’s also sad: the residents of the circus are disturbing, with a strange and almost indescribable physiognomy. The most normal thing we see is a green seal playing with a tire. The worst is a kind of pink beetle that mercilessly squeezes a cow. It doesn’t seem like a happy place to live.

There is also no plan to narrate the entire demo, so let’s move on. One of the characters we will find is a clown who looks like Prieto, but a puppet has grabbed him and he cannot break free. Helping him will be our first mission, which will serve as an excuse to teach us one of the game mechanics: the puzzle. As we explore the stage and observe its occupants, we must find a way to sever the threads that connect the clown and the puppet. It will not take us long and, following our new and free friend, we will leave the circus. 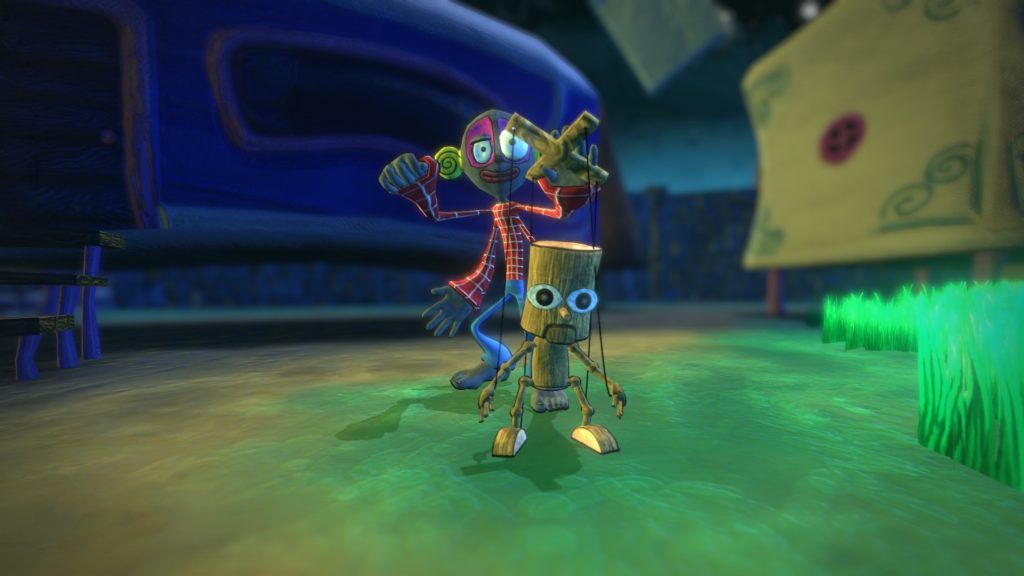 Beware of the bad vibes that the doll gives off.

Here everything becomes interesting at a playable level. First we are told that every time dawn comes, if we do not want to forget everything, we have to approach a kind of white platform, the stone of memory. Nice way to call the checkpoint. While we’re upstairs, waiting for the next night, Prieto will wander through a very bright world – as opposed to the game’s dark surroundings – where we can collect gypsophila spores, which will be essential for advancing later. This little phase lasts a few seconds, after which we will wake up.

Outside the circus, Prieto is vulnerable and can go away. The only way to stay in the incomplete dream world is to consume the light emanating from the gypsophila plant. Fortunately, during our light “sleep” we collected spores that we can plant. In other words, as we move away and explore, we need to keep cultivating these plants so as not to disappear along the way. Because the spores are limited, we cannot plant Gypsohila every two meters. 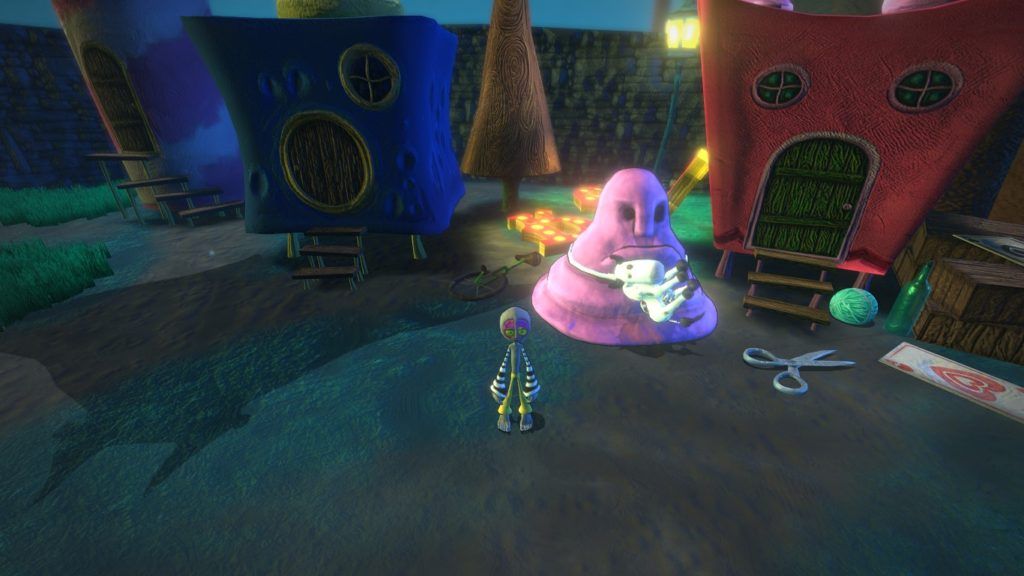 This being, called the Big Mac, represents extreme greed. And it’s ugly too.

In the first mission outside the circus, which consists of speaking to two beings named Flanks, we are introduced to the platform. These very funny individuals live in the heart of the stone forest and to reach them we have to put Prieto’s athletic skills to the test. Perhaps this is where we find the only point where the demo stalled: the camera controls are fairly imprecise and seem to need some adjustment, a flaw that becomes apparent when jumping from platform to platform. However, it is not torture either, and we will achieve our goal without too much complication.

Out of curiosity, I tried not to plant gypsophila on this trip to see what would happen. At first Prieto fades, but we can still drive it for a while – without seeing it. After a few seconds he falls to the ground and loses all his memories and returns to the control point. It was a bad idea and that’s when I realized I was already getting into the character because it left me watching him die 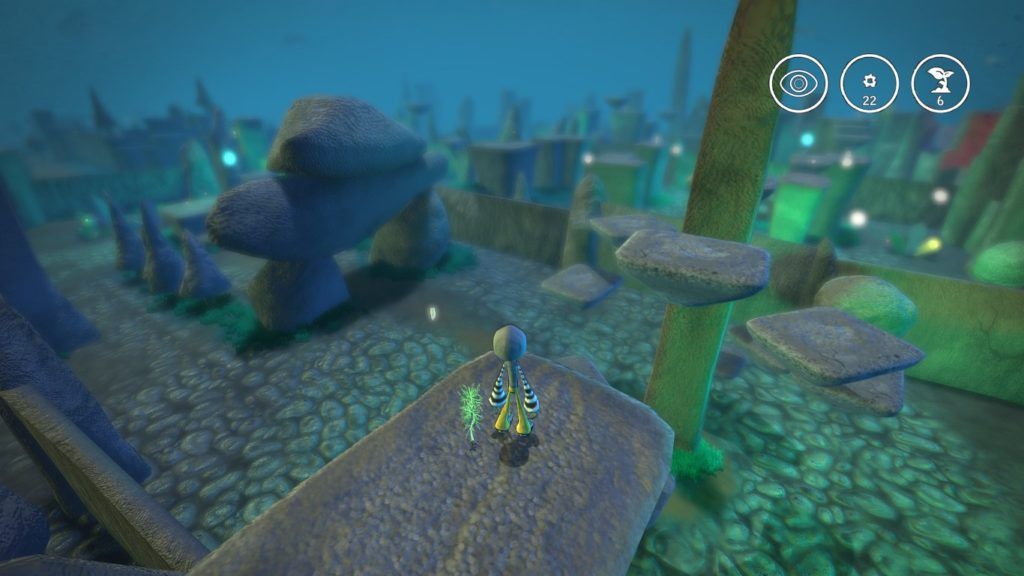 Close to a gypsophila plant

When we have completed the mission in the stone forest with the puzzle included, we will have a little more freedom to explore the small area available and place the final order that completes the demo. Here we can put the mechanics of gypsophila to the test everywhere and explore the surroundings a little more.

Onirike is a dark game with characters who seem to have sprung from a bad dream with an air of sadness and despair, but that doesn’t stop him from being beautiful. It has this “fuzzy” effect when we look at distant things that are so typical of scenes that evoke dreams (or nightmares), the design of the world is magnetic, and it makes the player want to know more, and it is full of little fantastic details. For example, if you pass near the character doing a fire trick, Prieto will be on fire and smoke. Or the coolest thing, every now and then giant fish pull across the stage and cast their shadows and give the feeling that this world of forgotten dreams also has a lot of life.

In this demo hour Onirike presents his playable suggestions and gives us an insight into the world to be explored and makes it clear that there is still a lot to discover. We only saw a small piece of the giant sphere that Prieto has to travel and we did not find the dream-eating monsters either, although we are told about it and we are left with honey on our lips. Of course there are things that could be improved and some points tweaked, like the camera, the Prieto controls or, better still, the subtitles and the narration, but everything is taken. After all, it’s still a demo of a game in development. 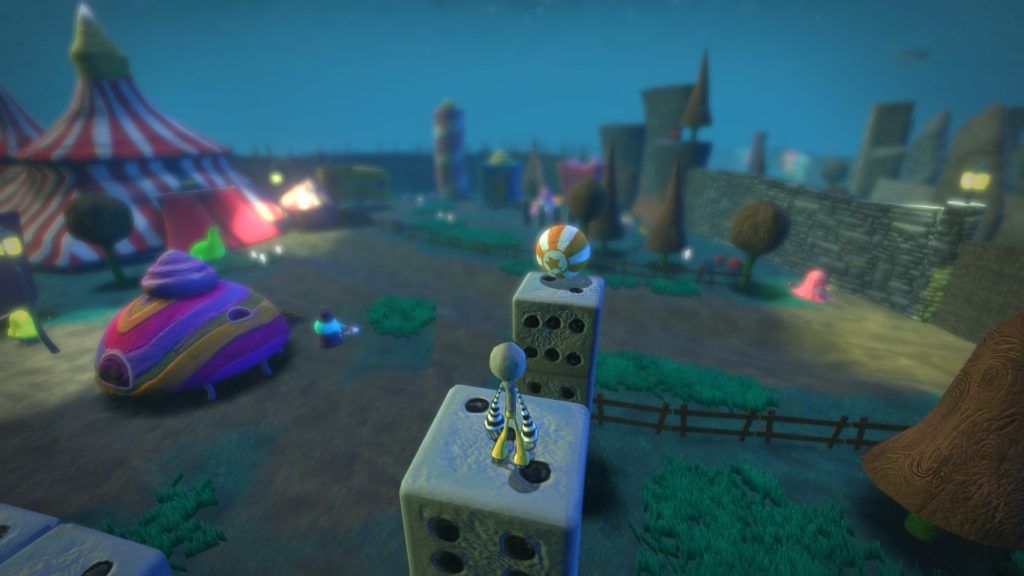 If the demo tries to blind the player, it is more than successful. Above all the art design, with the bizarre characters, the gloomy atmosphere and the lighting effects, but also on a playable level: The gypsophila mechanic “Strategic Exploration” attracts a lot of attention and I can’t wait to see how it works Rest of the game. Devilish Games conquers us with this little prologue and will certainly cause a lot of hype at this Steam Game Festival. Add it to the wish list and let the time go by quickly.