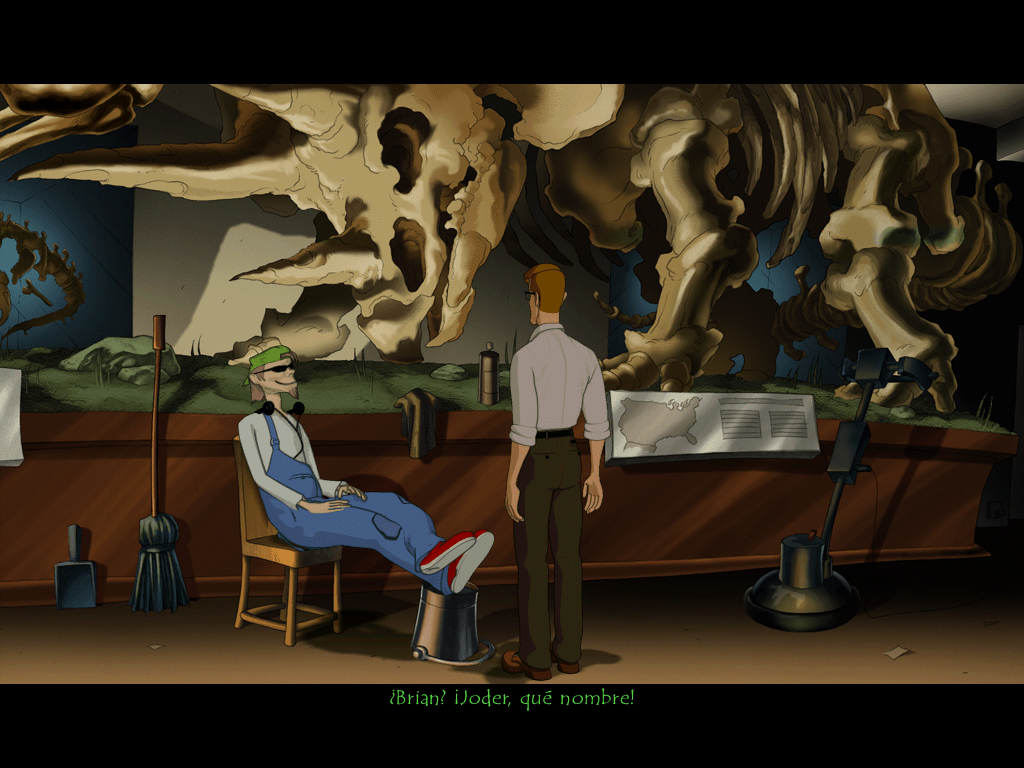 In 2020 the day will come when I have orbited the sun 27 times. In other words, I was born in 1993. I arrived in time to experience the fifth generation of video consoles. When 32-bit arrived, I was already there, probably crying, trying to articulate my first meaningful words. I can imagine that anyone reading this will have no interest in knowing this sequence of irrelevant dates about a child from Albacete, so let’s speed up and change the millennium.

Let us place this narrative around the year 2000. At the age of 7 we are already beings with a relative consciousness who are able to fix and store memories. Today I’m going to talk about one of my fondest memories. Something simple and routine that you may relate to and that was my first step in this video game.

I’ve always had a passion for video games. I would be lying if I said I know which one I played first. I envy people who have it clear and who clearly remember it. It was probably a game on the old computer or an arcade after convincing my parents to flip a coin. I have absolutely no idea, and neither is it relevant. What I do know is that the first games I had were for the computer and they came with a newspaper.

“Go to the newspaper”

The video game was something extraordinary for my little brother and me. A cult object, a miracle. Of course, there was no way in our minds that a game was bad. It might or might not like it, it might be complex for us or it might scare us. But bad? Unthinkable.

Our home computer wasn’t a work tool, it was a video game player. We only knew two things to do: install and play, and the latter only occasionally. Imagine what a surprise when on a Sunday – a random day because I can’t remember exactly – our father comes home with a newspaper under his arm and a video game in hand. It was a race.

First seconds: Absolute disappointment. A car game? Damn car game? Well, at an inappropriate speed of two children we went up the stairs, we installed them and to this day this V rally is certainly the racing game that we devoted the most hours to. Obviously I doubt we’d win. But the most important thing is not this particular case, but that this newspaper – El Mundo – would come out every Sunday with a game from FX Interactive.

And that’s where the routine and the magic began. Wait until Sunday, get our father up early – we are very sorry for what he let us know – to buy a newspaper he didn’t want to read and bring us our long-awaited game. Without knowing it, masterpieces found their way into our houses, our computers and our little heads: Civilization II, Half Life, Dragon’s Lair, Patrician, Imperium, Rayman, The Longest Journey, Crazy Taxi … the list is long. Some of us were instantly impressed, others we appreciate over time, but it goes without saying that we all devote hours to them. There were also some random things that we parked without hesitation, like the Torrente game which I’ll just remember when I wrote “aupaatleti” had infinite lives.

I remember with particular fondness playing The House of the Dead with my brother, who was of course the meanest of the two. Years later, the rail shooter experienced a small rebirth with the innovative Wii (The House of the Dead Overkill, Resident Evil Umbrella Chronicles, Sin & Punishment … etc.) although I have to admit that its skill has increased. It seems impossible to me not to mention the legendary Tzar, a strategy game that fell into the shadows of Age of Empires or Imperivm, but gave us dozens of hours of fun in our college days.

I could go into a lot more about these games, but the sheep would get bored, so let’s get back to the main thread. Of this mountain of works that are now stored in shelves and boxes and patiently wait for the moment when nostalgia overwhelms us and we decide to revive it, one thing shines above all the others. It’s time to talk about Brian Basco.

Runaway: A Road Adventure was the second game in the famous FX collection and my first contact with a graphics adventure game. If the racing game caused disappointment, Runaway caused confusion. Until then, the games for us were dynamism, movement, action and little reflection. Having long conversations, one-click control of everything, and walking around for hours without knowing what to do had to be shocking to two kids. We loved it. Over time, we found that these games were known as adventure games and were one of the oldest genres in the industry.

Runaway: A Road Adventure, in case someone doesn’t know, is a game developed by Pendulo Studios and tells the adventures of Brian Basco and Gina Timmins. Good old Brian is a hard-working physics student who accidentally runs over Gina. He accompanies her to the hospital and she asks him to stay to protect her as some assassins are chasing her. Worried Brian decides to stay with her and make sure she isn’t in danger, a decision that will change his life forever.

We open the box and the first surprise: two discs. I wish I knew what we’d think, I think Runaway had to be the greatest work ever made. I also remember a long installation time, that didn’t have to be so cool. We start the game and a certain Brian speaks into the camera in perfect Spanish on a black background and promises us a fast-paced story. It doesn’t stretch much and starts a movie that is common today, but back then, at least for us, was something exclusive to cinema and television. City plans, credits at the beginning – like in a good movie – and a great song that would be recorded in our heads.

Needless to say, Runaway caught us before we even started playing. It was a different level: gangsters, thugs, murders, a dangerous story and a protagonist who went from breadwinner to action hero. All of the characters exuded charisma, from the museum cleaner to the divas we met in the desert, not to mention Joshua, a mad scientist who believes he can communicate with an alien race. Every sentence that Brian uttered while examining an object appeared to us as a pearl of wisdom that only a genius could know and that we now also know. Solving one riddle made us feel extraordinarily resourceful, and we could only think of the next. Obviously I was in command and my brother was just watching.

It took forever to finish. Without a guide, new to the genre and a few kids, Runaway, without being the most complex graphical adventure, can become an obstacle. I think we didn’t care, we tested every item with every stage element, exhausted every conversation again and again and examined every corner of the levels of detail. If Brian had a hard time, so did we. We really got stuck on the third episode – looking for some peanuts – but we ended the game at the end. 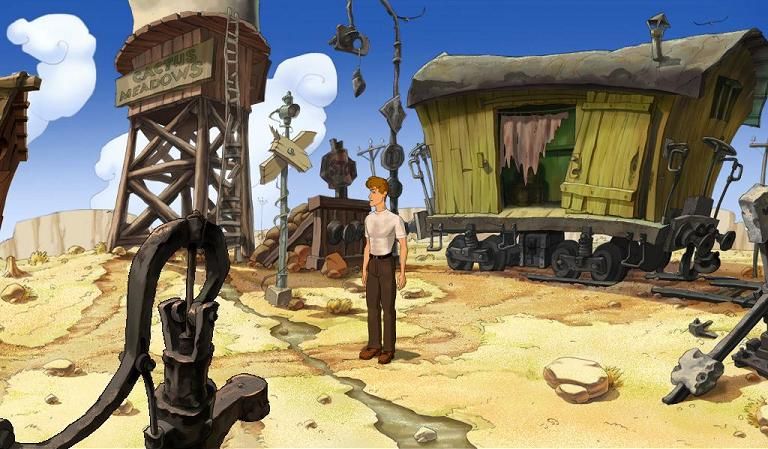 We were stuck on that level for months because we couldn’t find some damn peanuts. We learn it by heart.

Objectively speaking, today’s games are much better than those of the past. We often repeat that “any past was better” when it was simply different. What comes to mind when we think of old video games is nostalgia, and the feelings they create in us intensify over time. That magic is broken sometimes; It often happens that we keep a video game in tender and beautiful memories, but when we repeat it in old age, we see the seams everywhere. For example, I loved Crash, but it was a bit of a let down to play it back on my PS4. He remembered it better, funnier, more perfect.

However, and we get to the point of the article, there are certain games that are kept pure for the gamer. Games that, despite the obvious shortcomings like your childhood, you have a passion for, which the passage of time will not dent, and which you keep enjoying, hoping to discover something new that you have overlooked. The games that you put on your “Games That Tagged Me” list or that you keep recommending to anyone who is willing to listen. Runaway is one of them for me.

In my memory, Runaway’s film sequences were fast-paced, worthy of a Scorsese montage, the dialogues funny like in a Tarantino film, and the characters achieved an unprecedented level of realism. In reality, Brian’s movement was certainly robotic, the dialogue in all likelihood was below the average of a graphic adventure, the plot may have been predictable, and the characters a bit stereotypical. It doesn’t matter if the Metacritic average is 74 or not showing up in the tops of the genre, if they release Runaway 4 tomorrow I would camp by the door of the store to buy it as if from some new part of my literary Favorite saga it will be. There will be those who think that it is to stick with Brian Basco and be able to choose Guybrush Threepwood or George Stobbart, like being by Leganés with Atletico and Real Madrid by your side, but what can I tell you what was there was the newspaper.