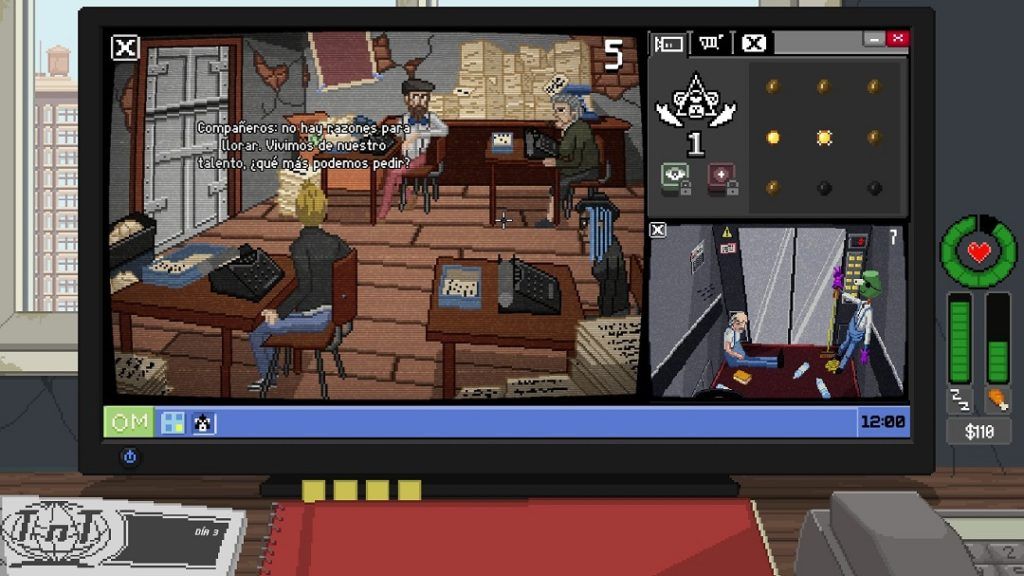 I subscribe to every single word of the analysis of Do Not Feed The Monkeys, which my colleague Kenny already did at the time. This text contains some spoilers about the game.

Will Wright is the well-known founder of Maxis and developer of one of the video game’s milestones, The Sims. In his opinion, one of the elements of success in this game was the voyeur component. It was revolutionary then. Even Maxis executives rejected the idea, despite the fact that it came from the mind of the creator of the successful SimCity. Game that kept the studio afloat for years. Today, decades later, we do not even doubt the potential of this element and even television has taken this direction. We see competitions with “real” people dating, hanging out, or famous people on duty pulling their hair out on an island in the Pacific. If we have even seen that the president of the government of his country has made himself the guru of entrepreneurs.

Do Not Feed the Monkeys falls into this category. Their systems are a far cry from games like The Sims, where programming and simulation play an integral part. Here we have small scripted scenes where we cannot leave the various marked paths. And yet both games have in common the voyeurism of seeing other people’s lives. Of course a lot of games have a story and if I stayed until the end of Yuppie Psycho even though I was a coward it was to see how the story of Brian and Sintra Corp. has been resolved, but Do Not Feed the Monekys takes a different route. It gives us control through an avatar who represents us and sits just like we in front of the computer.

I won’t be the first (nor the last, even though I got to this game so late) to compare it to The Lives of Others. The German film presents us with a similar situation in which we see an informant from the GDR political police at work. Their work in the game is not very different from ours and avoids the technological abyss. And what happens to us as players in the end ends in the end: We feed the monkeys. 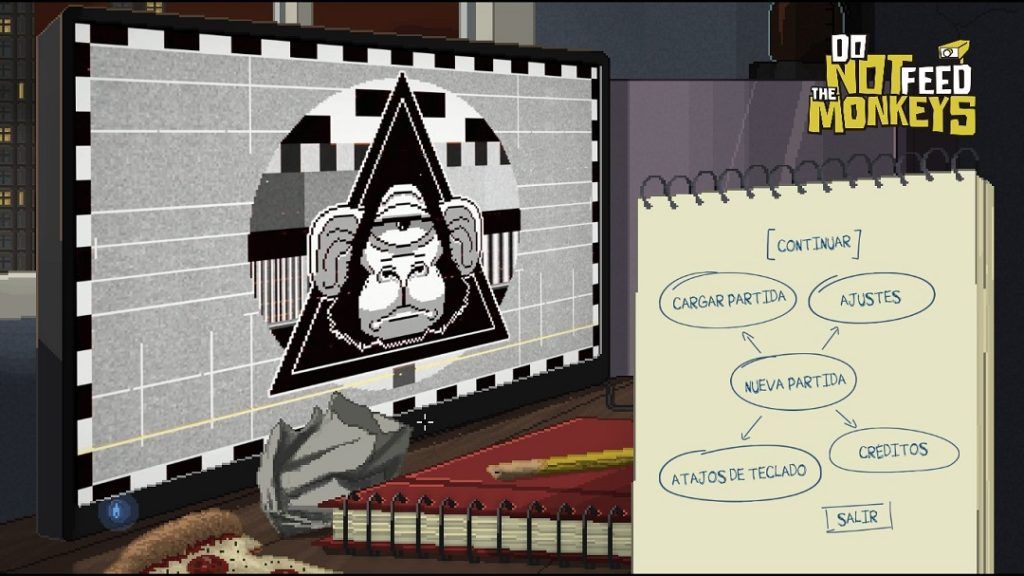 The main rule of the Primate Watching Club (other than “no one is talking about the Fighting Club”) is not to interfere. However, we can do this through the Arc de Triomphe and the game also invites us to do so. After spending time researching each cell, we can step in and the option is sometimes too tempting to miss. Of course, we can resist and be faithful to the instructions. Although, as with Please, Don’t Touch Anything, the fun here is touching everything.

The game manages to put long teeth on us so that we want to intervene. The management of our time will be crucial, so the possibility of finally reaching into a cell after investing enough hours in saving to pay the landlady and save most of the food will practically be forced to do so, above all because these interventions can end up having a reward. But what can you do?

In some cases the situation is simple and we only have one option before us, in other cases there will be other differentiated alternatives, whereby we will always be able to let things take their natural course. This is where the situation gets interesting. Inactivity can have a number of important consequences for the residents of the cells.

And we’ll see everything from trucks that have just run over people, robberies in a shop, the final hours of a lost space station, or the birth of the devil’s son. Our actions or omissions will have consequences, but what are they? 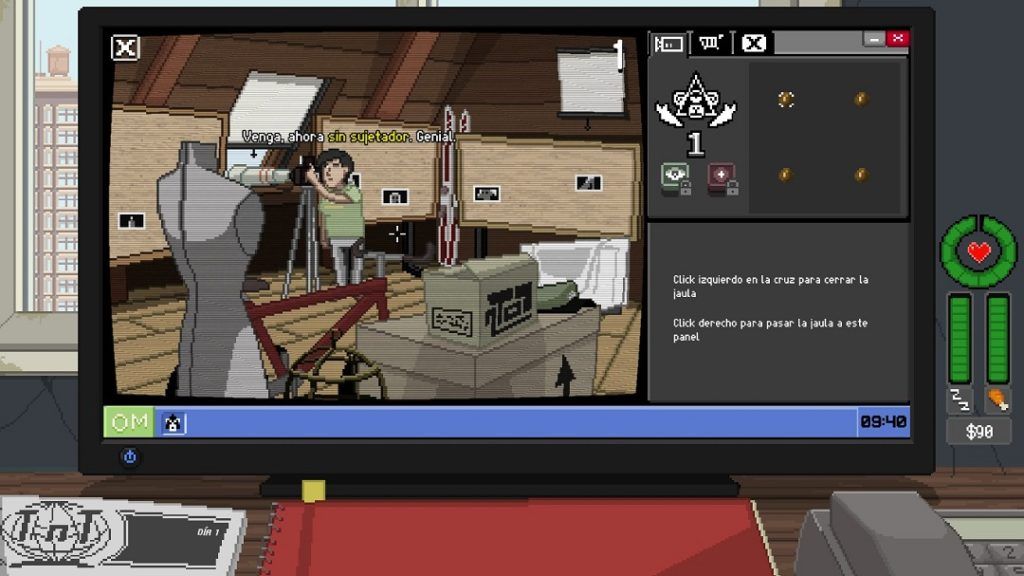 Because a decision is seldom felt to be the right one. It seems like a good idea to reveal the identity of the truck maniacs until they show up burned in your vehicle the following week. Stopping the devil’s evil plan to have a child might also be the right thing to do, although realizing that all he wants is a quiet life with no problems, but his different lifestyle and prejudices may target him, you ask that not everything is as simple as it seems.

Of course, not all cells have such a large area of ​​gray and in some it seems more obvious what is right and what is good for our wallets. However, the situations we encounter these situations are the times when the game shines brightest, when you discover that overlooking something can lead to the closure of a business, or something as simple as answering an e- Mail to win a few dollars to become a home invasion.

With all that said, Do Not Feed The Monkeys could seem like a complex, intricate game with deep topics to anyone who hasn’t seen it before. And of course it is, but part of his magic lies in the way he covers it up and smears everything with a cloak of brilliant satire. Especially the scenes that we see through the cells can reflect everyday situations or social conflicts. 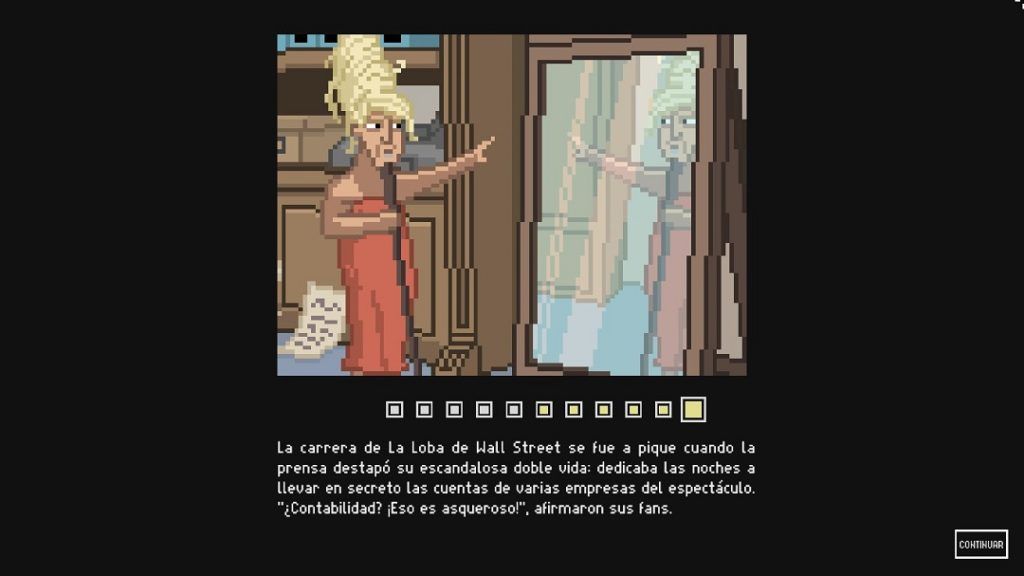 This takes the game’s message much further. We know there are such scientific books and publications on almost every topic imaginable, but the desire to address these topics and bring them into a video game with commercial ambitions points in a different direction. This is something a lot of indie games try, but few make it and we face one of them. The team at Fictiorama Studios manages to approach these issues in a subtle and friendly manner. They may go unnoticed, but there they are.

The design of the different characters, each of the settings and interfaces of the computer itself. Everything is minimally attractive, but you manage to add a human layer to keep the tone up. It is no coincidence, let alone that the apartment we live in is dilapidated, half empty, the neighbors are making noise or the landlady treats us with all the disdain in the world and we only see them to collect the rent. The lines are brilliantly written and seamlessly combine the drama and comedy that every human life has. Everything points in a very specific direction.

Because what is the end goal in Do Not Feed The Monkeys? We joined the club and they told us we had to step up by buying cameras. Standing still is not an option and leads to exclusion from the club, the only possible way up is to reach the last level. And by the time you’ve finally managed to manage your resources to pay the landlady, you will be starving to death and managing more than twenty cameras at a time when you hit the expected end.

Finale that, depending on our decisions during the game, can vary in three different variants, to which small epilogues of the cells in which we intervened are added. Throughout the game we tried hard to reach the top and see the great primate cage we were promised. Everything about the club seems dark, secret and subversive, but in the end everything falls apart. We don’t stop being another piece of that society, and at the end of the day we’re one of those monkeys locked in a cage again.

And i love it! Because we have all heard these words like “study and you have a future”, “work and you will be someone tomorrow”, “be the best at your thing to reach the top”. Our present society has been conditioned by the capitalist perspective that has come to us from the United States during the years of cultural bombardment. We lived under this achievement society in order to differentiate ourselves from the others in a system that finally showed us that we are just another piece in too big a corridor. 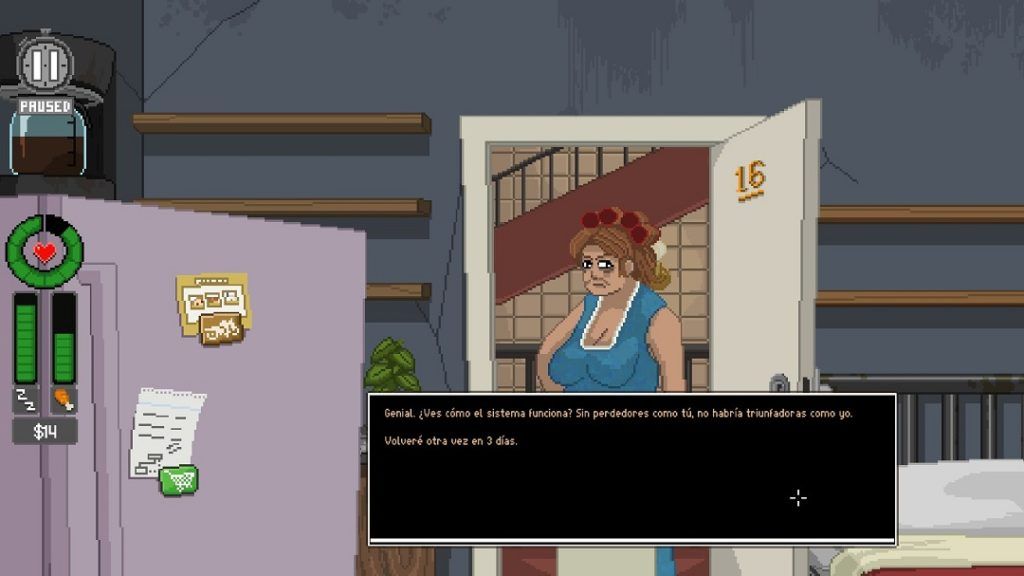 Do Not Feed The Monkeys goes wonderfully with it, but gives us other little burning nails to hold onto. Our adventure through the observation club will have gone better or worse, but our interactions with the individuals in each cell will continue. No more monkeys, people we see what happened to them after our actions invasively affected their lives. People whose situation has changed radically, whether they are aware of our existence or not and who might even thank us with gifts … gifts that we can sell for extra money, because idealism is fine, but let’s not lose that Overview of the fact that pasta rules this world.

UPDATED. The best "made in Spain" deals on Steam sales