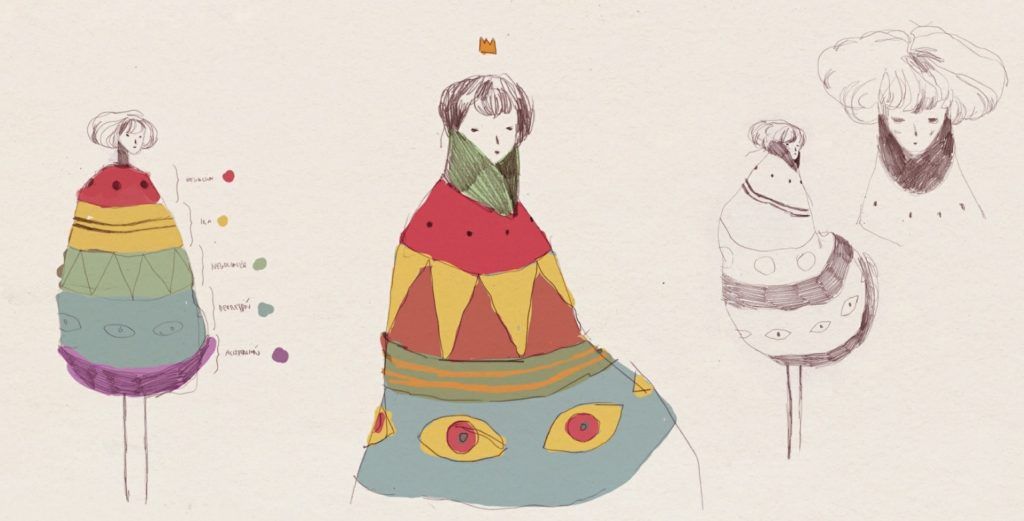 The depression never goes away

Disclaimer: In this article, I talk at length about a few moments of the GRIS plot. While I don’t think I’ll be 100% gonna take it out, I think that if you haven’t completed it, I think it could ruin your experience (which you should as it’s one of the best works on the medium).

Grief in a psychological sense consists of the various stages a person goes through until they accept a loss (both personally and in other realms).

Everyone has (or will) go through a period of grief. Everyone experiences it differently, but in general the stages they go through are similar. In human psychology, before we accept the fact that we must suffer, we must go through a series of intermediate phases that lead us to it. These are denial, anger, negotiation, depression, and finally the famous acceptance.

I recently played GRAY and the truth is there are many things to be said about this experience and how it relates to personal grief. Lots of people have inked rivers in this regard (and better than me). Even the writers make it clear that they are trying to count the various steps of acceptance in the development drawings in the game’s bonus content. But that’s exactly when I realized what Conrad Roset was trying to tell me.

First sketches by the makers.

When I first visited GRIS, I couldn’t stop thinking about one of my first plastic courses in the third year of ESO. I’ve always been very bad at drawing, but I liked this lesson because it taught us theory. We have specified the primary colors (cyan, magenta and yellow). If I remember correctly, mixing these three colors allowed the remaining tones of the color gamut to be achieved. Well I thought the game was trying to check those pigments while in the background it was telling a simple and easily digestible story. I underestimated the narrative power of GRIS.

While it’s true that the Nomada Studios game takes the graphics a lot into account, GRAY is much more than a pretty moving wallpaper (that, too). GRAY is an experience that everyone lives in their own personal way. In general, of course, but deep down inside the game is what everyone does with it.

Our protagonist doesn’t speak. In fact, there is no other type of dialogue other than a tutorial on how to perform the new twisting motion that we have learned. There is also no life bar or any objects that could stain the screen. Obviously, the game uses the now famous subtraction design which consists of removing anything that could make the experience kind of brutal. Hence, we can assume that it has very simple but effective playable mechanics. The fact that everything that is junk or useless mechanics is eliminated means that developers can pay more attention to the important aspects of the narrative background.

At Nomada Studios, they are not pioneers in using design through subtraction. Other prestigious games had made him serve before him. The examples come to light, the entire Team ICO trilogy and, most importantly, its great influencing Journey.

Comparisons with Journey are easy. The authors have declared themselves to be unconditional fans of Jenova Chen’s title and there are clear environmental references in the plot of GRIS, which pay homage to one of the most important indie games for the medium. By that I don’t mean that GRIS is a 2D copy of Journey, a recurring joke between Conrad Roset, Adrián Cuevas and Roger Mendoza (main heads of the title). Although I had the same feeling in both games, I have to say that what they convey to me is very different. Just as we follow the different phases of life in Chen’s experience (Bukku, who explains it better than I), in GRAY we go through a very clear phase of mourning, which ends with the same conclusion as Journey.

As I said at the beginning of the text, the duel has different phases, each of which is assigned a color. At the beginning of the adventure and after falling from the hands of the statue of a goddess who will appear throughout the story, we fill the desolate world we find ourselves in with color.

At first everything is gray and then we fill the surrounding landscape with ink.

Red comes first, what we associate with denial. In the distance we only find mechanical stones, so to speak, and an imposing sun in the background. This is the point that I consider to be the most difficult experience and I think Nomada managed to fit it into the plot very well. Everyone will be enchanted by the art direction of this piece of jewelry, but especially at the beginning of the work. It’s a bit of a boring part, but both the music (which knows how to adapt to the moment very well) and the simple fact of seeing GRAY in motion as the girl takes her first steps make this part a lot easier, the, otherwise we could get difficult. 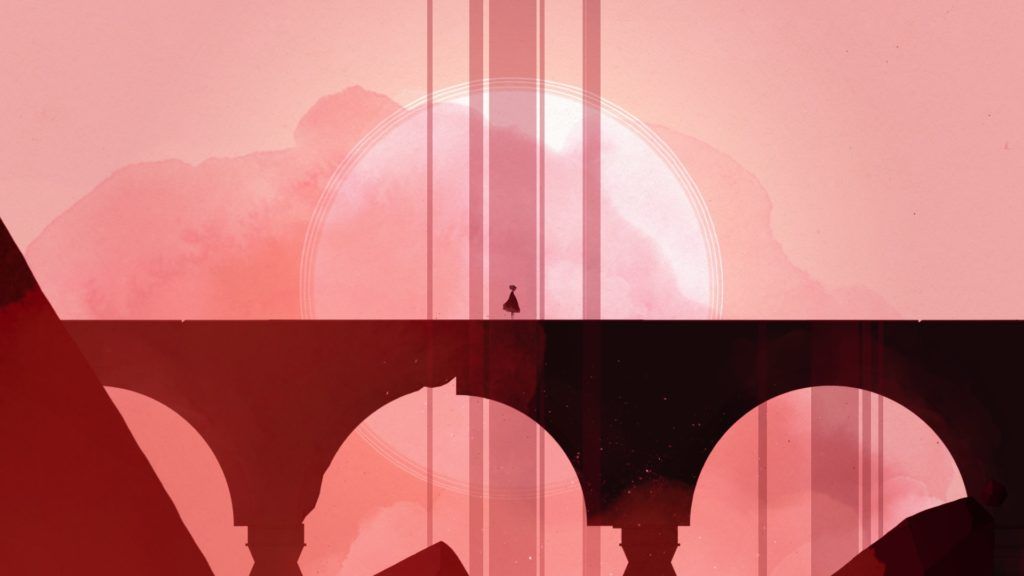 As for the deeper thoughts on the first section, everyone has already voiced their opinion, and I tend to agree with most theorists. In GRAY, the world we are in is empty and it is our job to fill it with color. You always start with the basics. Even in Genesis, on earth before there was life, there was only this land. This is represented with a strong red, which puts us more in a Dalí painting than in a desert. Comparisons with the surrealist painter of Barcelona become clearer when we see rocks with large spider legs, which reminded me personally of the famous painting of the “Elephants”.

After crossing the long desert, we got into nature, which is really the only enemy of the plot. Nature can be understood as the protagonist’s own inner being or the media of the world that do not cease to stone us in order to save them.

We go into the green. And with green comes life.

We don’t see a bleak place like we did 5 minutes ago. What was once a Dalinian wasteland is now a forest on many platforms that is more like level 1. For me, this is where the game mechanically opens up. It has some cute puzzles (without going through a high difficulty barrier as the game is designed for everyone) and a platform level that really surprised me. Chases and everything. The forest is the most complete level and involves negotiation. Negotiating can be understood as the phase in which we see everything with good eyes, although we have not accepted the condition that we all live in a duel. It is undoubtedly a very beautiful place and one can only be moved by the relationships that are built there. However, the aura that everything is wrong has by no means disappeared.

From the most vivid nature we go to what for me is the best section that the title offers. The water level. The Depression Phase (the truth is they could have been a little less explicit). It is surprising to talk about the level at which we cannot walk or apply a priori all the skills that we have acquired in the course of the game. In fact, the water level is always portrayed as the boring, boring and lazy part for most of the players. But in GRAY, and maybe it’s because of the playable references I’ve found on the new Rayman (the best saga in modern video game history and one of the best and funniest platforms in the history of the medium), I think it’s the more bearable one Part.

Being underwater isn’t difficult, but it’s fun and I think it’s one of the most rhythmic points of the title. We start by entering the cave, which will fascinate us with its surreal structure, with puddles on the ceiling and colorful fish by our side. Then we have some curious puzzles that will test our control over the skills we have achieved so far to finally end a frantic chase that made me feel immortal so that I will lie but at the same time incredible and fascinating.

The rest of the game consists of the protagonist’s journey to the stars to face her fate, death in my opinion, and traverses a level in the sky that is more beautiful than I can describe, with interesting mechanics that already exist has not existed for a long time. watched in video games. The ending is inconclusive and is intended to make the player think. This is GRAY, a masterpiece. But I still have to talk about the most important thing, acceptance.

You will think I’m getting eaten, but my theory is that Nomada Studios has managed to create a duel phase subplot within the main plot that is exactly the duel. I declare. I’ve left out the spots where the girl’s own darkness haunts you. The persecutions are part of it, but it goes on. And to explain myself, I’ll use bossa nova.

Bossa Nova is a genre of music that arouses a lot of interest in me. It’s funny how you try to demonstrate a constant contrast between the background and the actual shape of the melody. Although the musical chords are beautiful and accompanied by a sweetness in the vocals, this is in contrast to the actual lyrics of the songs, which are usually melancholy and sad. I also think that GRAY has a very nice background for the tough plot of the duel that is told to us in the background. Maybe I’m looking beyond what the game originally featured, but I’ll try to argue it.

At the beginning of GRAY we meet our defeated heroine …