This little “section” was born out of an attempt to combine two of my passions: literature and video games. The idea is simple: starting with a game, I’d like to develop a book that offers a similar experience. I am not looking for an obvious relationship like The Name of the Rose and The Abbey of Crime, but a personal connection that in principle does not exist but may have its logic and meaning. Then the readers will judge whether my idea is benevolent or whether I failed miserably. Without further ado, I start with a game by those who let you spin the coconut and about whom I actually wanted to write: Path to Mnemosyne.

This game, published by Devilish Games in 2018, is based on a very curious mechanic: the entire video game is a kind of tunnel in which we can only move in a straight line forwards or backwards. This tunnel begins in the eye of our protagonist, a girl unknown to us. The game takes us on an adventure without consideration and with very little context, we just know that we have to go a path that seems to have no end. Fortunately, if we know that mnemosyne refers to the goddess of memory in Greek mythology, the game’s title is very revealing: the goal is to remember; Look for the memories that brought us into this situation. To do this, the camera is positioned behind the protagonist and creates an endless zoom effect that reinforces the feeling of penetrating deeper and deeper into the girl’s psyche.

I ended Path to Mnemosyne with great fear, few answers, and many questions. It cannot be said that it is an idyllic trip, but it is a fascinating experience. The guys at Devilish Games have developed a kind of “tube” that takes us deep into the brain of a little girl who seems to be having trouble remembering something terrible. At the end of the game I couldn’t help but think of a book that I read a long time ago and that, saving the distance, awakened a similar feeling in me. 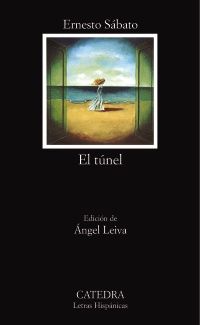 Edition that I read.

The name of the book already seems to suggest to us that there are many similarities, I am referring to The Tunnel, written by Ernesto Sábato and published in 1948 by a painter named Juan Pablo Castel to murder his lover María Iribarne. The name of the book does not refer to a place, object or place that we can find in the text, but to the mental process that the protagonist goes through. This frustrated painter has an almost sick obsession with Maria, the only person able to understand the magnitude and significance of any of his works. With a narrative style that I remember as agile and precise, we are told all the crushes and almost schizophrenic thoughts that Juan Pablo has when he thinks about this woman. Her mind, like that of the girl from Path to Mnemosyne, invades a kind of thought tunnel from which she cannot escape. The further you go, the more terrible your considerations, decisions and actions are.

I do not compare the reasons, thought processes of the protagonists or the plot of the works, as they are radically different. In Path to Mnemosyne we don’t know exactly what is happening, we can only guess from the surroundings and the occasional sentence that echoes in our head; Also, the goal is to remember, not to think. In El Túnel we know very well what Juan Pablo is thinking and why. The video game suggests, and does not show, an innocent, dreamlike journey, just suggests that something terrible has happened, while the book is straightforward, gross, and realistic. The path taken by the protagonists, however, is comparable: Both enter a mental labyrinth from which they seemingly cannot get out and which has only one solution: to go forward, even if this means getting lost even more. The loneliness we feel when we walk through the girl’s mind from Path to Mnemosyne, we also perceive when we read the mind of Pablo Castel. Both are traumatized characters who desperately need the company and understanding of a third party to get out of the terrible spiral they have gotten into. 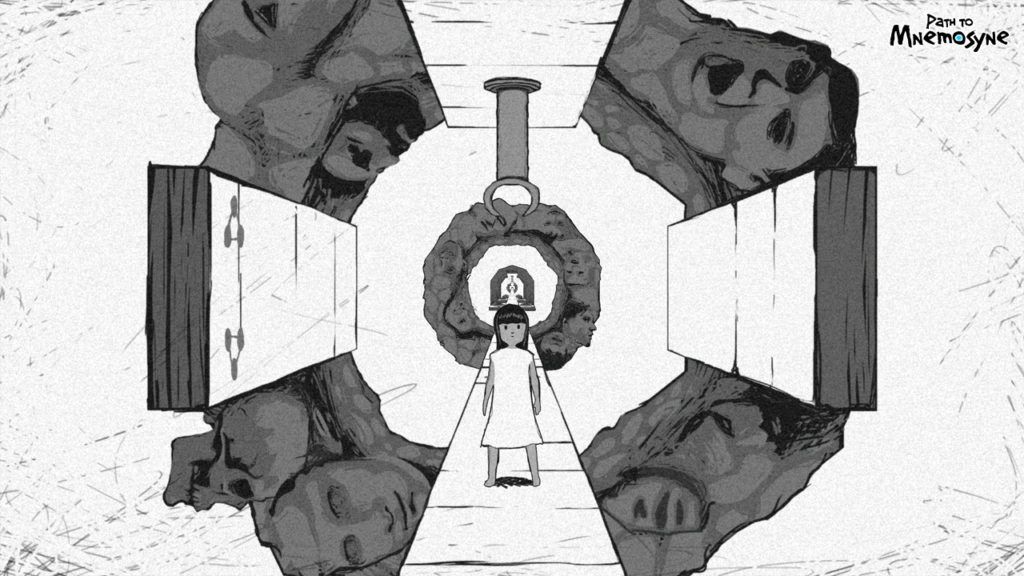 The narrative style is different. Path to Mnemosyne is contemplative and subtle. With little dialogue, if we ignore the surroundings and just devote ourselves to advancing and completing puzzles, we can end the game and not be aware of the gloom of the atmosphere. El Túnel, on the other hand, is explicit and has a frenetic pace that is almost tiresome to read. Interestingly, the meeting point between the two works, the journey to the human subconscious through a tunnel-shaped path, is perceived more clearly in the video game: the camera, which is positioned behind the girl and moves in the zoom lo it is very obvious. In the book, the tunnel is something metaphorical, referring to the dark and lonely way of life and the protagonist’s inability to get out of the traps of his own brain. A black place that he penetrates step by step, thought by thought. Its poisonous reflections would be the equivalent of the hostile drawings and elements (corpses, skeletons, dark animals …) that we find in the settings of Path To Mnemosyne that give the video game that nightmarish aura.

“My head is a dark labyrinth. Sometimes there is lightning that illuminates some corridors. I never know exactly why I do certain things. ”

In both plants, brevity is essential. I would also say that they can be consumed at similar times: each gives us a few hours’ drive. In Path to Mnemosyne, it’s something that is dictated by the nature of the game: the infinite zoom mechanics don’t create too many different puzzles and, if it had taken longer, it would certainly have been repetitive and boring. The tunnel tells us about the free fall of a person without a parachute based on their own self-destructive thoughts and if they spread they probably wouldn’t provide as powerful and intense a read. 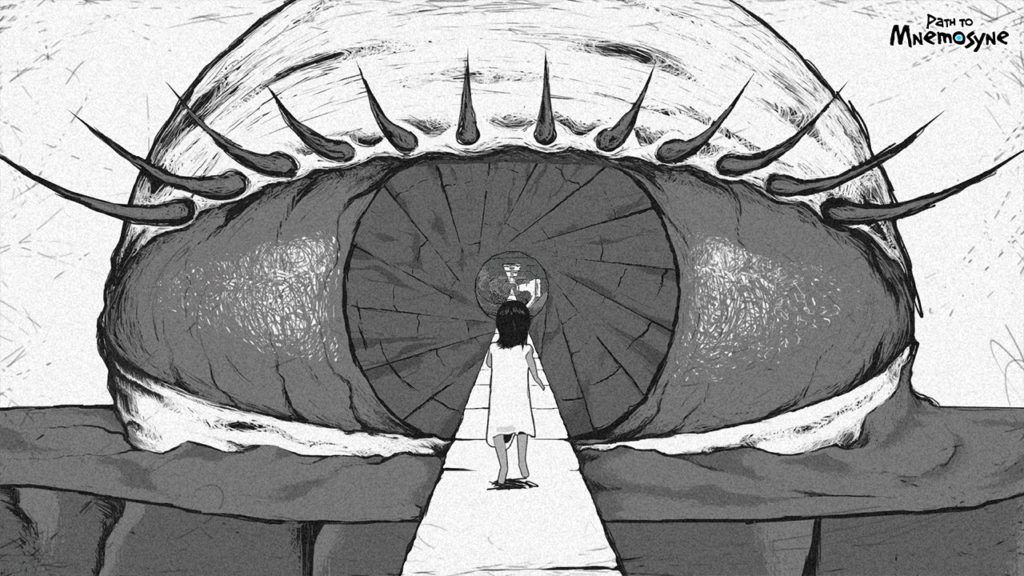 In the end, they both reach the end of the street. In the case of Pablo Castel, far from finding peace, he eventually succumbs to the shadows and paranoia his mind has come up with. In the case of Path to Mnemosyne, everything is more open and subject to the player’s interpretation, but a positive and optimistic conclusion is perceived. Works two decades and kilometers apart, which certainly have no relation to each other, but are connected by a tunnel concept that can arouse equal feelings despite different uses. On the one hand, a book that explores the somber nature of a lonely painter from a very realistic and instinctive point of view; on the other hand, a minimalistic and dreamlike video game that offers us an easy but disturbing journey into the memory of a girl. Both play tortured characters who seem to be looking for the exit of a complex tunnel, and when we explore both we will find that not all of them have light in the end.

Path to Mnemosyne is available on Steam, PS4, Nintendo Switch and soon on mobile platforms. The read edition of El Túnel is that of Cátedra.

This text has been published in advance for the patrons who work on the project. In addition, I encourage you to come up with video game suggestions for the next one.