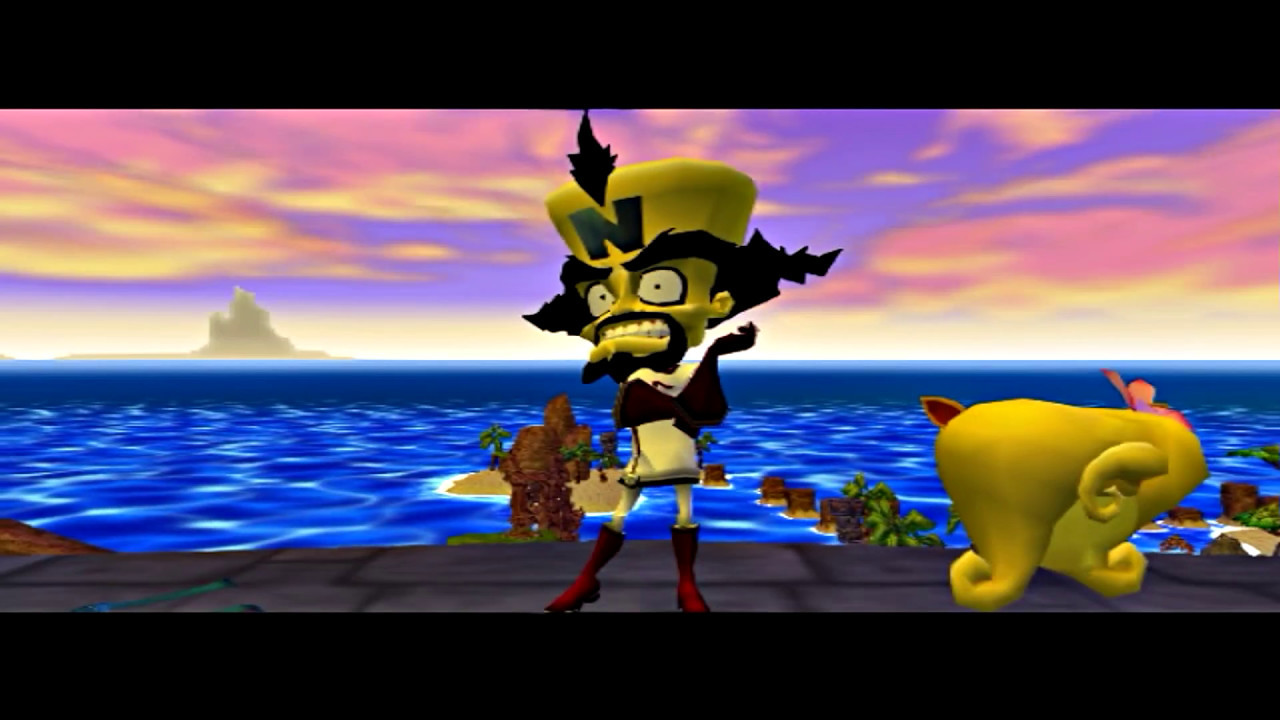 This article was published more than 15 days in advance for all Patrons. If you would like to have access to these texts in advance and also to exclusive content such as our premium podcast, you can help us with the project at this link.

The last few months have been like a hurricane for me. In less than a year my life has changed almost completely, and I have to admit that I couldn’t cope with it. Call it a bad streak, a difficult time, or whatever you want, but the fact is, negative thoughts have overwhelmed me. A devastating feeling of loneliness flowed through me, the feeling of losing the people who were important to me, of having fewer and fewer people by my side and of annoying the few people I still had contact with. These and other circumstances led to my head full of poisonous thoughts that kept reminding me how incapable I was of anything I wanted and that it was my fate to be alone without anyone, because no does someone like me care. This constant rattling of the hammer on my skull made me, as you can imagine, isolate me even more in my loneliness, fuel the vicious circle and sink into demotivation and loss of interest in absolutely everything.

Not even video games, one of the few constants that have accompanied me for most of my 23 years of existence, seemed worthwhile to me. And realizing it left me in an even worse state. I felt a constant reluctance to lose passion for the things that were really important to me and that led me to force myself to enjoy them, discover new titles and live them as I have until now had done a few months ago. but this struggle took me to do just the opposite. A hobby is an activity that we enjoy and that we feel comfortable with. Trying to force yourself or someone else to do something is so disorganized and useless that now, when I remember it, I can’t help but think of myself as a true fool.

In the end there came a day when I hit rock bottom. I saw myself as a shadow of who I had been, as someone who had lost interest and motivation for everything and who only knew how to feel alone. But on the same day, without knowing how or why, an idea occurred to me: “I was trying to play titles that I had pending that weren’t working, but maybe I could try one, the I’ve already played ”. I went to the bookshelf, grabbed the box for the PlayStation 2 Crash Twinsanity (my first video game) and placed it on the console. And to my surprise, it worked. Just the sound of the Vivendi Universal Games and Travelers Tales logos that appeared at the beginning of the game made my hair stand on end. After that, I started humming the N. Sanity Island theme as it started playing on the main menu, and I even found myself remembering and repeating the dialogue from the opening scene between Neo Cortex and Coco. I started to play and felt like I hadn’t for a long time: carefree, calm, as if a large record had been lifted from me. At the time, without knowing it, I finally reappeared after immersing myself deeply thanks to Crash Twinsanity, my epitome of the eternal game.

Forever Games are video games that, for whatever reason, we return to from time to time. Titles that we want to come back to again and again and that, no matter how many times we have completed them, we always like them the first time. I suppose the reasons that make everyone want to repeat their games forever can be very different. In my case, Crash Twinsanity, Kingdom Hearts, Little Nightmares and RiME are my four clearest games forever as I especially love them. All of them, aside from the fact that they seemed to me to be true wonders of interactive entertainment, came into my life at key moments and shaped me in a way that in some ways they made me who I am and defined me as an individual to have.

Crash Twinsanity and Kingdom Hearts were two of the first titles to hit my house, and in large part, the reason for my unconditional love for video games. When I was little, I blew them up until I knew them by heart, and they helped me get to know my two school friends. Later, after a few years of saying goodbye to the industry (around the seventh generation), Little Nightmares and RiME not only got me to have a remote control in my hand again until 4 a.m., they made me this showed me the great narrative and emotional potential of video games and the importance of studies with limited human and resource resources. They showed me that video games can be more than just entertainment and made me interested in them as a cultural and artistic product. They also made me want to write and give my opinion on the titles I have completed, and in fact two of my first articles (published on a small blog left by God’s hand) were about them.

Every player’s eternal games hold a special place in their little heart, that is clear, but these works have a value that extends well beyond the nostalgic affection we can have for them. While they are not the final solution, I believe that they can be an ally for us when it comes to making us feel better, that they can help us through difficult times in our lives, and in some cases even help us to do so bring back our motivation. Returning to these types of titles brings a host of advantages, starting with the fact that they are games that we already know we like and therefore we don’t have the uncertainty as to whether we like them will or whether it will be something we want to play at the time. We know them and we know exactly what we’re up against and that brings me to my second point.

These titles have been with us for a good part of our lives, and we know them so well and trust them so much that in some ways they are like friends to us. They were there as we grew, and certainly our perception of them has evolved as we matured and acquired knowledge. But thinking that I can access it whenever I want and have a good time together at least gives me great emotional calm. I like to think of it as a kind of safe place, a familiar and comfortable place that is good for me and where I not only feel accepted, but also feel useful and capable. When everything around us seems to be breaking down and we have nowhere to go or the strength to do something, a game can forever be a good place to take refuge.

I don’t know if I’ll explain myself well, I understand that this perception may be a bit abstract, but what I want to achieve is that these titles can be a mental relief, a place of calm where we feel better can be about ourselves. In part because they allow us to avoid negative thoughts that will prevent us from breathing, at least for a while, while we enjoy them. In addition, since we return to them several times in the course of our lives, these games can bring back memories of easier or less conflicted times for us, more stable moments in the past in which we also play them, and some of them transmit to us from the serenity and that Well-being that we felt at that time. But the simplest, and certainly the most important, reason games can make us feel better forever is because, by definition, they are games that we love, cherish, and enjoy playing. Regaining an activity that we feel affection for and enjoy again can be the best ally in combating the negativity within us.

Playing and even completing these titles can give us a little boost, a bit of motivation, and confidence that can help us get started and try to move forward. They are not, as I say and emphasize, the absolute solution, but they can serve as a projection to hold on to during the fall, as a stick to lean on or as a small aid that gives us the decision we need to start the fall Change. However, it is especially important to remember that this shouldn’t be forced, it has to be something that flows. In fact, it’s okay that you don’t feel like playing for a season. Nothing happens, our tastes can intensify, weaken, and even change, but that doesn’t mean that something doesn’t like you forever or that you’ve betrayed your principles. If there really is something that inspires passion in you, don’t worry, you will feel like it again. The worst thing you can do is force it because that will only result in you developing a rejection. 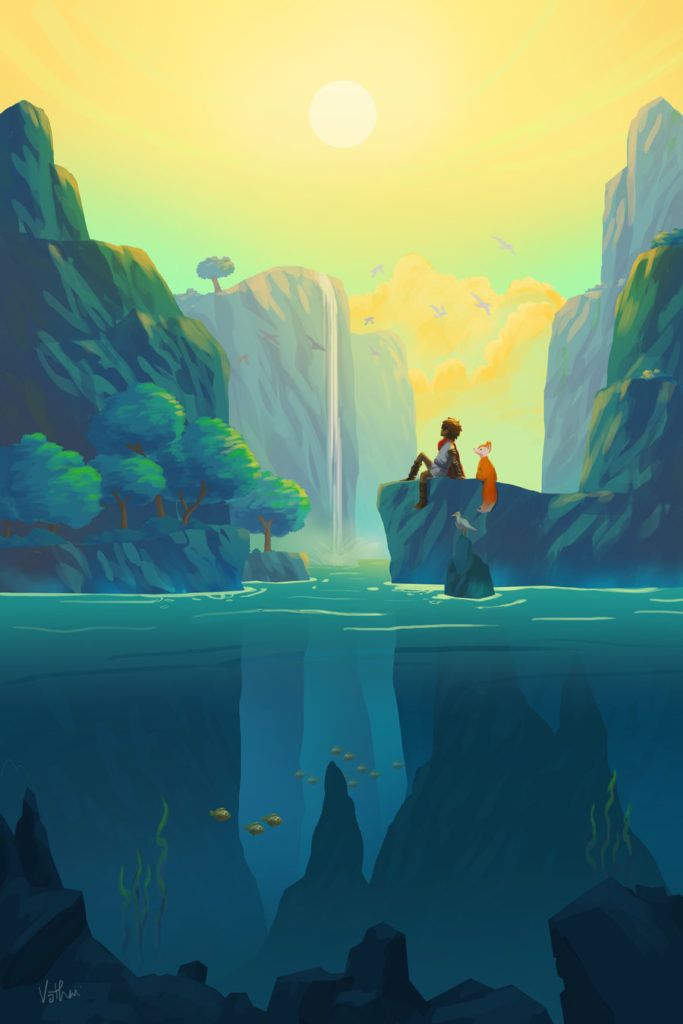 This is a long and complicated road, I am not going to lie to you, but the important thing is to find things that make us feel like we are worth moving forward, that lighten the weight of the chains that are trying to immobilize us make, and let’s be the worst of us. In my case, this was something to regain the pleasure of playing and writing, but you can find that help in many other places, both old and new hobbies that have always caught your attention. It is also important not to lose sight of the fact that there is no such thing as absolute loneliness and that there can always be someone whom we trust and who can help us. And beyond,…