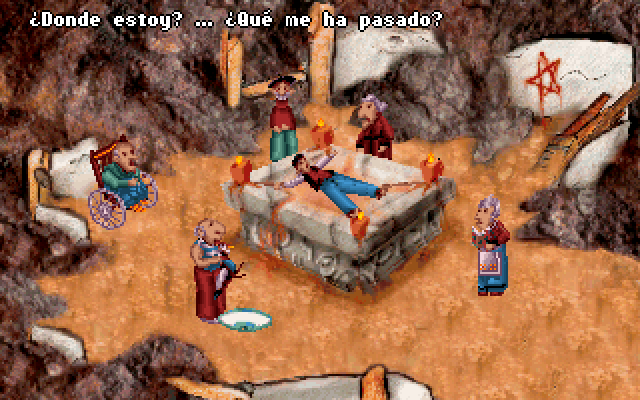 There will be those who think this 2020 is already scary enough to celebrate Halloween and they are certainly right. But it is also good to disconnect from the constant drama and try to keep our rituals and celebrations going, even if they have to be adjusted to this “new normal”. Halloween is becoming more and more established in our culture year after year, which makes me very happy: It’s still a different-themed party and it’s pretty fun.

Ghosts, zombies, pumpkins, vampires, skeletons and all kinds of nightmare monsters are starting to flood our everyday lives. This year, however, we have to forego the famous “trick or treating”, leave the costumes in the drawer and limit ourselves to scaring the family. One of the best things we can do to enjoy Halloween and get some scares is to save the horror games we have on the shelf or in our Steam library. Or buy new.

We bring you a number of national proposals so that you can enjoy this vacation at home. To add variety, we’ll try not to repeat the games we discussed in our 2018 special. We also recommend combining the reading with the special podcast from last year in order to have even more options.

One of the most terrifying games in the last few years is out today for PS4 and One. An adventure that draws on classics like Resident Evil or Silent Hill. Closed and hostile environments like mansions, complex puzzles, a lot of nervousness and a very interesting feature: the presence, an enemy who learns from your movements and follows you relentlessly. Will you survive the song of fear GD

Game that launches today on Steam and bears the signature Jacob Jazz stamp. I’ll summarize the opening scene: a strange creature with half a brain outside, covered in blood, and fishing for what looks like corpses? Mezmeratu moves away from the indefinable playable mix that the baobabs mausoleum was to offer us a platform arcade adventure with a level of difficulty that no longer exists. How could it be otherwise, there will be a lot of absurd events, blood, guts, terrible beings and that hilarious house brand humor from this developer. Crazy, worthy of Halloween, no doubt. GD

The Supper is a completely free graphic adventure game on Steam that freezes our blood. Let’s control a creepy looking chef who has to cook for some very special guests. All with lush pixel art and a soundtrack that only adds to the feeling of heartbreak. A classic, gritty, gritty point-and-click experience based on a gruesome revenge story. A short horror novel worthy of an Allan Poe story. I never tire of recommending it. GD

Analysis of the sacrament

The first terrifying recommendation I have for our dear readers is Lamentum, a video game still under development and slated for next year, but with the divine grace of creating demos, you can get the experience through Steam test pretty thoroughly. It’s a survival horror set in a time that has so far been very little explored in this genre: 19th century New England. With a tough story as a backdrop, we must face our worst nightmares. The pixel art it was created with has both care and detail and I assure you it will make your hair stand on end. JL

We enter Christian lands and we take on the role of Don Ramiro, with the intention of defeating all kinds of demons from Hell, a great way to spend this warm Halloween with this great game of Locomalito that Ghost ‘n Goblins little envy Has. RM

Play straight out of the oven (available today) and also for free on Steam. The most recommended option for enjoying Halloween with the youngest as it offers the somber style of this holiday but with a very pleasant cartoon approach. A short and simple 3D platform, but it works well and that makes for an overall very pleasant and nostalgic experience that sends us a kick back into the PS1 era. GD

The following recommendation also attracts more retro genre and pixel art, but because this is what it mimics and the gruesome story it tells, it should not be missing from this set of recommendations. The game created by Andromeda_Project immerses us completely in the spirit of Charon who, after being deceived by a mad king and locked in the depths of his castle, manages to escape after many years of imprisonment. Now he will take revenge on the basis of cruel punishments and control his enemies by taking their bodies. JL

Analysis of the Kharon crypt

Aca Soft’s Trick or Treat is a typical Halloween story where nothing is what it seems. We are facing one of the most unknown point-and-click graphic adventures in our country. We are a boy who presents ourselves as a worker in a nursing home to work as a substitute. But his first day is not exactly cheap and within 5 minutes of his arrival he realizes that the lovable old men are indeed part of a sect that wants to sacrifice him. NS

A classic horror adventure available on Steam that pays great homage to Resident Evil. If we can control Chloe or James, we will have to enter the dark mansion of Belefold and unravel all its secrets. Labyrinthine levels, lots of enemies, few balls, puzzles and the possibility to visit the villa at different times make this game one of the most suitable options for Halloween. There is also a reduced version for half the price. GD

Free, short and VR compatible proposal available on Steam. Very experimental psychological horror game that will take us to an American city on Halloween night. After hiking a bit, we come to a hut lost in the forest, which is rumored to have a strange paper creature nearby. It’s scary even without VR, I assure you. GD

You are GROUNDED – Sepia Games

Posted on itch.io, You are GROUNDED puts us in the shoes of a boy who lives locked in the basement with the constant fear that his father will come down to beat him up. A video game in the first person, with the aesthetics of a B-movie and a very good atmosphere. I was only able to test the beginning and it’s shocking to say the least. GD

Burn Me Twice is a curious mixture of a video game with trials in the style of Phoenix Wright with a graphic adventure. We control a witch who has to solve crimes if she doesn’t want to be sentenced to the stake. High quality student project that I recommend for Halloween because of its elaborate setting that combines the gloomy with a very colorful polygonal style. Crime, ghosts, magic and a city ravaged by the plague. Completely free on Steam. GD

That’s our selection of games for this year 2020. If you have any additional suggestions, we encourage you to leave a comment. From DeVuego we wish you, with all due care, a happy and terrible Halloween.