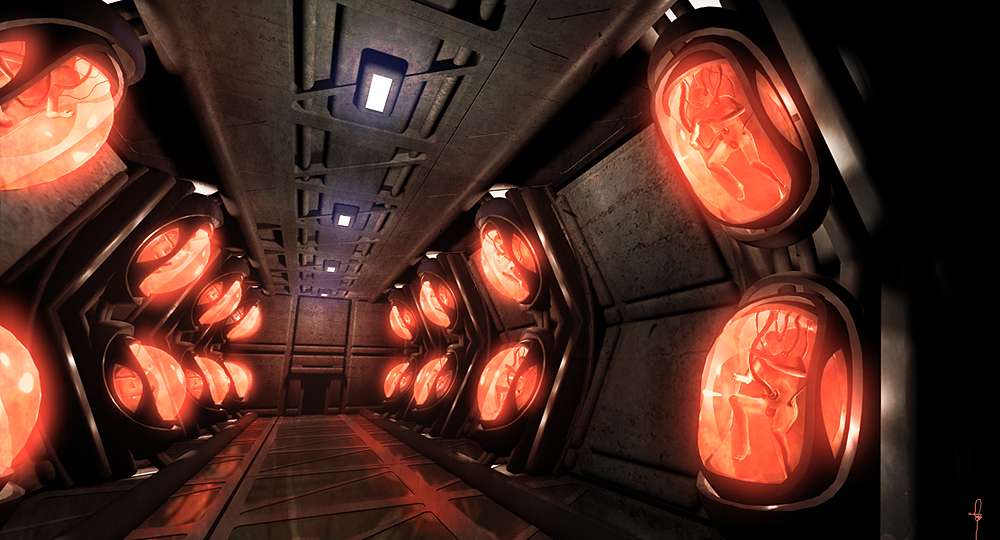 It could have been the best Spanish game ever, but a select team of Spanish developers couldn’t handle the business setbacks.

The year is 2000 and Pyro Studios is in ecstasy at the success of the first part of their Commandos saga. But as always, success – like failure – tends to create insurmountable divisions in any organization. Several Pyro employees, dissatisfied with the management of the studio, decide to create a new studio of their own, determined to match or exceed the quality level of the leading Spanish studio.

Thus was born Trilobite Graphics, practically a dream team of some of the most talented Spanish developers of the moment, which not only finds a place for disgruntled Pyro employees, but also former employees of Dinamic Multimedia. The founders are Guillermo Tostón, Jorge Gómez Mourelle, Iñigo Hernáez and his brother Asier Hernáez – the latter soon left the company in search of other personal goals. The members of the team include Alberto Moreno “Grihan” (Head of Art), Jorge Sánchez, Emilio Serrano, Alberto Gordillo or Unai Landa (Head of Programming).

“It is true that talent abounds in Spain, both in graphics and in programming. The problem is finding good directors» Trilobite Graphics, December 2002

This comment, collected in a 2002 article in El Pais on the Spanish video game industry, clarifies the reasons that led several Pyro employees to leave the company. Not wanting to be under the rigid command imposed on Pyro, they formed a working group in which there was no single head superior to the others.

As the name suggests, however, Trilobite Graphics wasn’t born as a typical video game studio. Guillermo Tostón, one of the founders, clarifies this: “The idea that drove us was to build something of our own that would allow us to do what we do best, which is graphics, not necessarily video games, CGI in general. Trilobite Graphics was born as a graphics outsourcing studio.”

“At the beginning of our studies we had to fall back on our own savings and were supported by the family, like almost everyone who starts a project on their own.”

In its early days, the company dedicated itself to the task for which it was created: graphics outsourcing. Through small jobs, Trilobite built some prestige, acquired customers and kept their loyalty to start the company.

Despite the difficult beginnings, Trilobite has been able to continue thanks to the strong support of some of its first clients, including Spanish studios such as Revistronic or FX Interactive.

But the overwhelming creative power of its members was elusive, and the first drafts of what would later become their exciting first game of their own began to emerge: Duality. 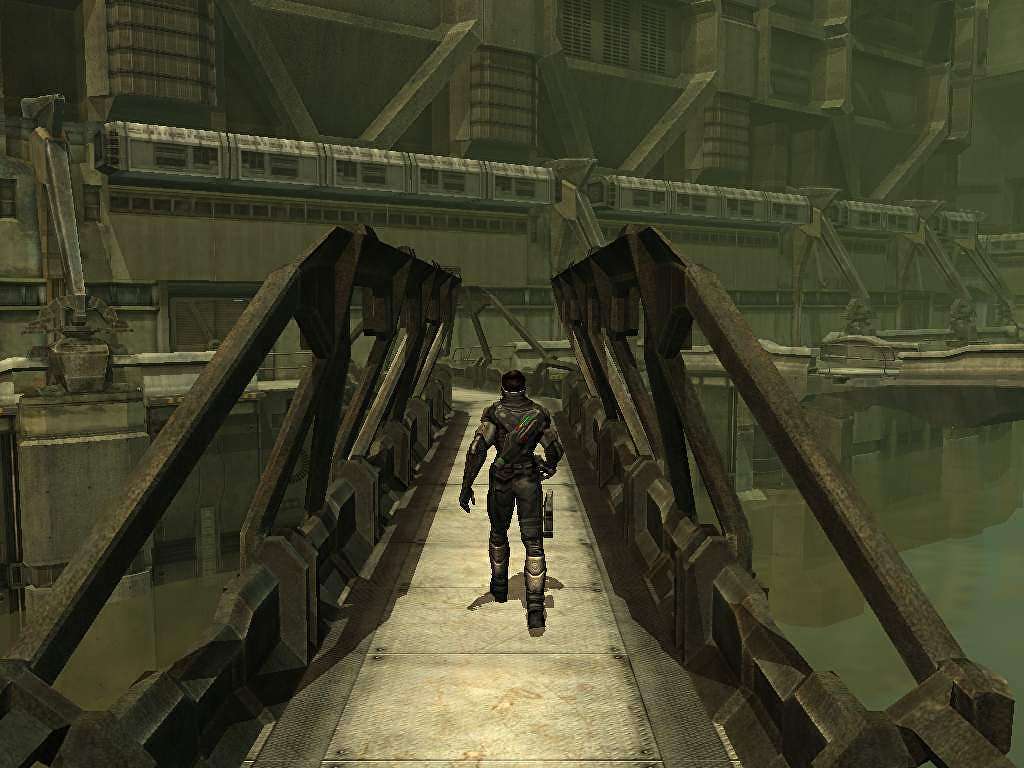 Things didn’t start badly. Phantagram, a Korean company that develops and publishes video games at an international level, best known for the Kingdom Under Fire saga, was interested in the Spanish project and signed a publishing agreement bringing Duality first to PC and later to Xbox would bring. This agreement consisted of the Koreans buying part of Trilobite in return for contributing money to the study. As board members, the Koreans were involved in all the company’s major decisions: hiring managers, development philosophy, product promotion, etc. “We took care of day-to-day operations,” says Guillermo Tostón.

“When we started writing possible game ideas, Asier (Hernáez) was working in the US in a study for the Korean company Phantagram and during an informal chat with one of the directors he told him about our projects.”

But how does a Korean company that isn’t exactly well known in Spain get interested in a Spanish development? Tostón tells us how a former member of the company was instrumental in the matter: “When we first started to sketch possible game ideas, Asier (Hernáez) was working in the US in a study of the Korean company Phantagram and during an informal conversation with one of the directors told him about our projects. Phantagram was immediately interested and began lengthy negotiations that would culminate in Korean capital entering Trilobite to fund Duality.”

The Korean company was in full expansion at the time and was looking around the world for development groups that could carry out projects in the medium term without really caring too much about what the projects were. However, when Phantagram executives met with the Spanish studio, they were largely surprised by the concentration of talent there.

The content was so big that during the development of Duality they took on a new task: the second part of the Total Annihilation strategy saga, which also would not finally see the light of day. 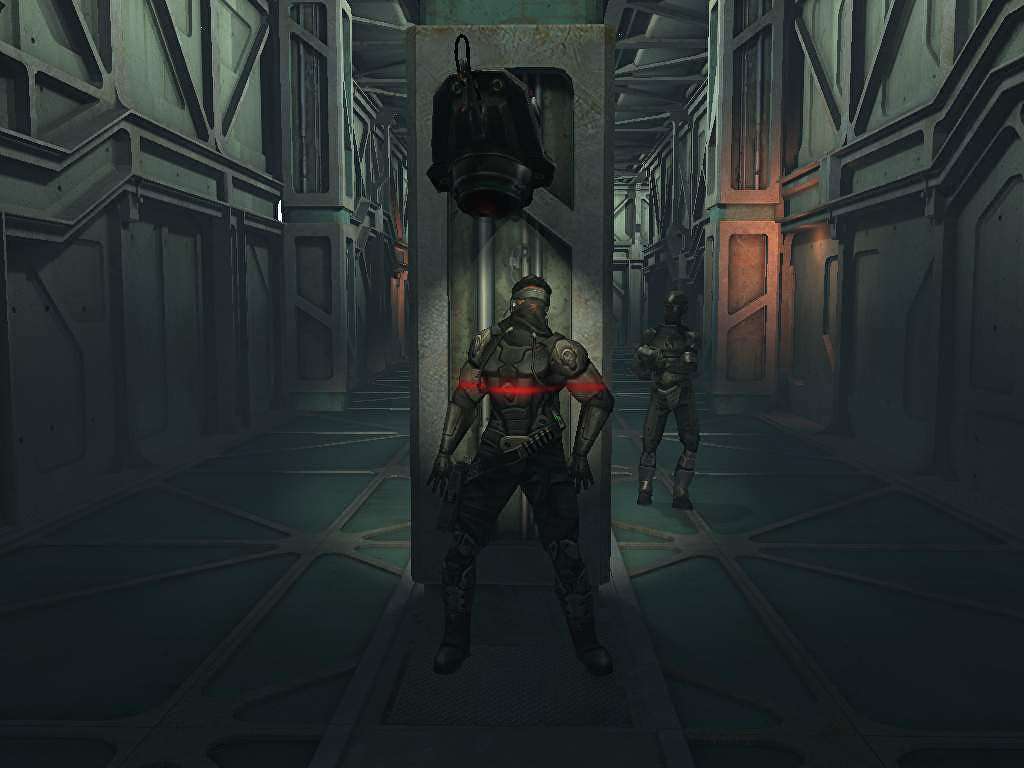 There are two sides of reality called real space and cyberspace and the player will experience the same timeline through the eyes of three different characters, allowing them to see multiple sides of reality and ultimately understand the whole story.

Under a cyberpunk aesthetic, Duality aimed to become a modern day adventure, combining different genres into a single overall game. Action, RPG accents, and a stealth and infiltration pack. One of the features that the developers wanted to highlight was the freedom that the player would have to perform different actions or solve puzzles in many different ways, according to their liking.

Three characters could be handled at different points in the game: a mercenary with stealth and infiltration abilities who achieved his goals with a diverse arsenal of weapons; a hacker portrayed as a weak figure in the real world who unleashed her true power when she plunged into cyberspace, where she had to face the anti-intrusion devices of major corporations to gain access to her secrets; and a scientist who eventually became a powerful virtual being and allowed us to fully understand the story proposed by the game.

In the visual part, Guillermo Tostón’s game was impressive

Graphically, the game reached a remarkable level of quality, it’s not for nothing that Trilobite was originally a company dedicated exclusively to the graphics department, and that was undoubtedly its strength.

“Visually the game was impressive, the cyberpunk theme wasn’t used much, certainly not in an RPG, and while the mercenary/hacker game modes aren’t new, we were confident that the mix of the two would make something happen could be really strong,” comments Toston.

“The most interesting key it had was the way the player discovered all the levels of the story, revealing its complexity, and the fact that at every step the game mechanics evolved from a pure arcade through infiltration to a mockup of puzzles developed,” says Unai Landa, program lead at Trilobite Graphics, currently director of technology at Digital Legends, who would continue to bet on the title today. “Personally, I found the idea very attractive, actually I would still like to play the game today.”

As planned, Duality was due to be released in late 2002, although the date was later pushed back to the first quarter of 2003. After the purchase of Phantagram by NCSoft, the launch was estimated for 2004.

“After meteoric growth, Phantagram ran into liquidity problems. They stopped honoring their contractual obligations, they stopped sending money to the point where it was impossible for us to pay paychecks or pay taxes. Given this situation, we inform the employees and ask them to try for a month to sell the project or the company or both. Above all, we tried to save the team,” says Tostón.

Phantagram failed to execute its expansion plan properly and was eventually forced to merge with another Korean company, NCsoft, famous for the Lineage saga, to save itself.

Trilobite was not short of suitors. Crytek, which wanted to set up a development team in Spain; or Microsoft, who wanted to add the project to their catalog for Xbox. But NCsoft wasn’t interested in the project, and coincidentally, the start of the Iraq war spread a virus of instability among investors, who doubted its viability in the face of this conflict. “When the situation stabilized, Trilobite no longer existed,” concludes Tostón.

Unai Landa recalls that this merger was unexpected: “I think even if we had suffered, if we hadn’t run out of time, we could have made the game, or at least we would have put the worthy on the road.” But the events sparked by NCSoft’s purchase of Phantagram was something we didn’t anticipate and drowned us out.

“From the beginning we lacked a clear and concise design”, acknowledges Alberto Moreno, “but there was never anything concrete at a low level. It was the main development problem and on the other hand to have a production system on a general level”. Moreno also alludes to bad habits…