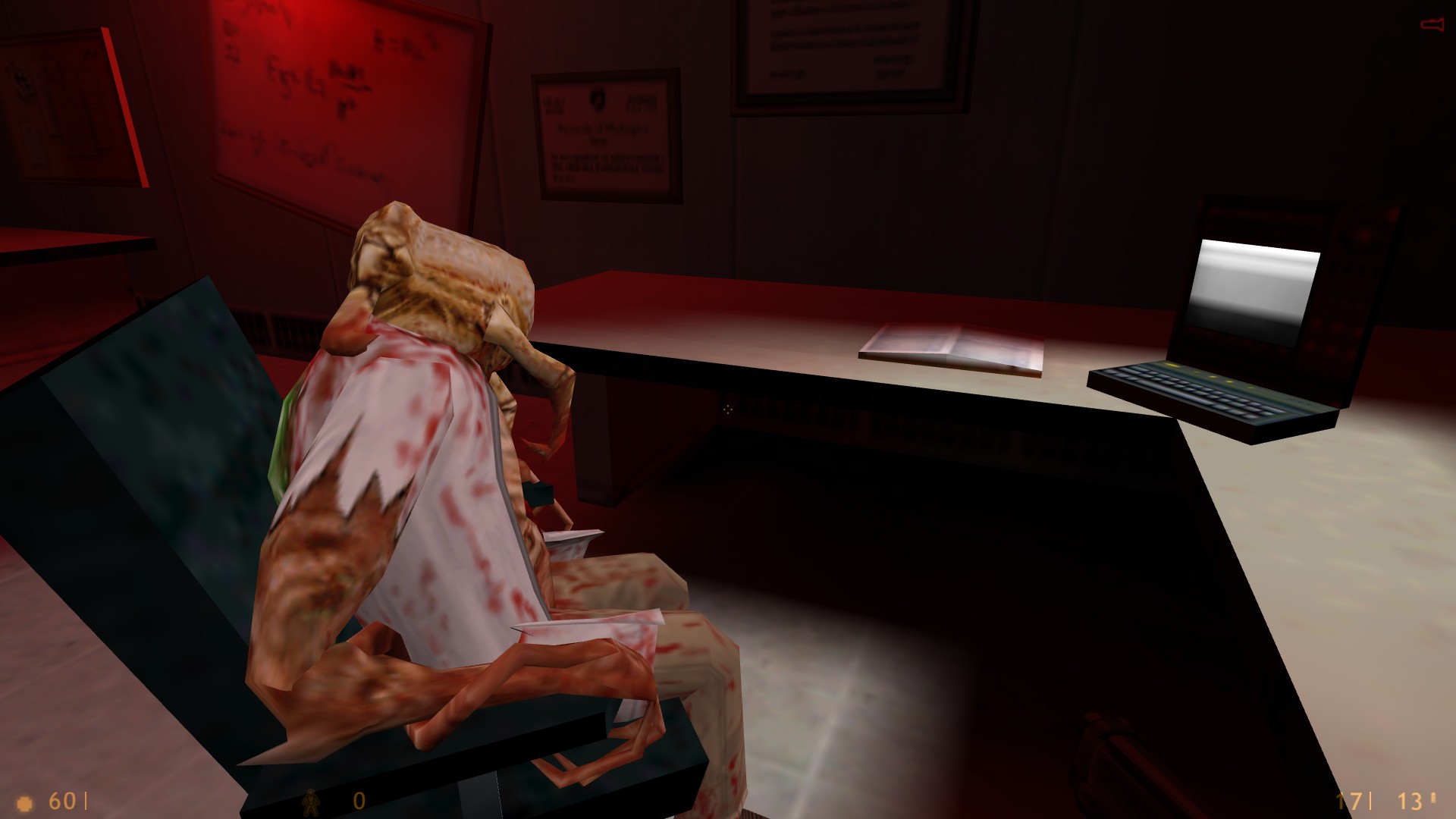 In recent years, the video game argument has gained momentum. We went from basic paradigms and archetypes to enormously complex scripts. So much so that cinema has become one of the biggest inspirations when it comes to creating this type of content. Many designers are increasingly relying on the language of cinema to create a compelling game story. However, many make the mistake of straying too far from the way video games tell stories. In this article we will look at video game narrative and more specifically how to apply narrative elements through level design.

As I mentioned earlier, video games have their own narrative language. We must never forget that we are dealing with an interactive medium. In cinema, the experience is linear and unidirectional: the story begins, develops and ends at a given point in time, without us being able to vary the rhythm by an iota. In video games, on the other hand, development can have several divergences. The narrative is produced multi-directionally. This means that the player can change the pace of the story and even vary the flow of the story on occasion. It is the player himself who varies the final experience depending on his style of play, investigation and approach to the game. Knowing this, we can understand the difficulty of uncovering a complex story. We cannot entertain the player with countless minutes of cinematic content; the medium demands interactivity. For all these reasons, narrative design is posited as the most important tool in generating “gameplay”. It is just as important that the story is excellent as that the way it is told to the player is appropriate.

In the late ’90s, a title challenged the traditional storytelling that video games had had for almost 20 years. Half-Life by Valve Software presented a story told without “cutscenes” and without any character in the game explaining details of the plot or gameplay in detail. The player was able to figure it out thanks to observation and the extraordinary context. Half Life was a success. In addition to the excellent story, the secret lay in the way it was told. The levels, progression flow, difficulty curve, and decoration all hinted at absolutely everything that happened in the fiction. The adventure begins with a routine drive to our workplace. We are Gordon Freeman, a young theoretical physicist working for a large corporation on a top secret project. We discover the size of the company as the monorail we travel on passes through the facilities. When we got to our stop, we realized we were late. A security guard greets us warmly. From his tone it sounds like we’ve been working there for a while. There is a lot of security: only the security guard can open the door of the sector through a retinal examination. As players, we discover the first dynamic: retinal exams. From this moment on we will find situations where an “NPC” has to cooperate with us to open some doors. Nobody explained anything to us; we could deduce it from the situation.

After that we approach the hall where another security guard informs us that the computer system had problems. A scientist urges us, “Freeman, isn’t he in a suit yet? Put it on and go straight to the anomalous materials area.” Suddenly we know that we have to take part in an experiment and put on a protective suit, but nobody has explained to us that we are one of the people responsible for the most ambitious experiment in the company; we could deduce it from the situation, and more importantly, the scene was executed with absolute naturalness. The same thing happens when we access the experiment area. Two scientists talk to each other about the importance of this test. Then and during the maneuver they give us precise instructions on how to proceed. Everything goes wrong and creatures start teleporting to the facilities. We lose consciousness and wake up in the same place, but devastated by the crisis that has just been unleashed. This ruined scene makes us realize that many things have happened there since we lost consciousness. Gordon Freeman’s odyssey begins.

In this brief description, we could see that, without anyone explicitly explaining it to us, we were updated on the premise of Half-Life and some fundamental dynamics of the game. The secret lies in a perfect millimeter level and interaction design where the challenge is to tell a very complex story without resorting to the classic explanations. But how do we propose a level design with these characteristics? In the next section I will comment on one way of working. It’s not about any standard: it’s the way we chose at Gazpacho Games. This methodology is specifically geared towards games without cutscenes or explicit explanatory elements. Of course, this way of working is not necessarily suitable for all types of projects, but it is particularly useful for those based on an advanced game story.

The first thing the designer needs to consider is the most obvious: the script. You need to read it carefully to think about how to adapt the story to the kind of “gameplay” you want. Before designing a level, we should be clear about what kind of experience we want to provide. Building on this, the ideal is to create a structure that allows the script to be broken down into game milestones. Why split it up like this? The reason for this is that breaking it down into milestones will give us basic unity when planning levels. We’ll be able to schedule tiered progress and control factors that are more sensitive to gameplay, such as: B. the difficulty curve or progress in exposition and learning mechanics. In other words, we will be able to develop the game in sections that are coherent with each other and retain complete control over the experience.

Be clear about the fragment of history that we must present in the level, as well as the level of difficulty and the mechanics available; We can start delving into the basic gameplay and puzzles. Next, we’ll run a prototype to verify that these mechanisms work as intended. After the refinement, we start looking at the structure of the environment. A level must have a narrative structure. It must have a mind, middle and end of its own. Interactions must work in this direction in order to convey the feeling of “goal achieved”. The idea is that in a given amount of time the player is able to get a satisfying feeling that invites them to keep going. Questions of the kind should flow in here: “How big should the rooms be?”, “How long are the corridors?”, “Where do I place the props and other diegetic elements, with and without collision?”. We have to take care of the flow of the game down to the millimeter in order to create the characteristic fluidity of great titles. When a level’s structure is poorly designed, it shows a lot: we trip over things, walk too long, etc. But when the job is well done, nobody knows anything. Our goal is that the player doesn’t realize that the level was designed. On the other hand, what not many designers take seriously at work is the approach of an average launch session. Having broader control over these types of factors can go a long way towards creating a comfortable feeling. Of course, these types of problems are achieved based on testing and refinement of the mechanics.

Once the basic structure and dynamics are implemented, the funnest part begins: bringing in purely narrative elements. What do we consider purely narrative elements? Additional interactions providing story-based content, prop placement, order, disorder, cleanliness, dirt, etc. For example: Let’s imagine we want to depict an abandoned asylum where the patients were tortured. It’s not enough to represent a derelict asylum: we can add fingernail marks on the floor, cells with dried bloodstains on the walls, etc. These kinds of elements make it unnecessary to explain what happened there: the player can intuitively guess by looking at the location. The same thing happens when we want to depict a house in the middle of a zombie apocalypse: we can have clothes on the floor, drawers open, furniture slightly out of place, lights on (assuming we want to power the house), etc. This kind of Presentation greatly strengthens the story we want to tell. 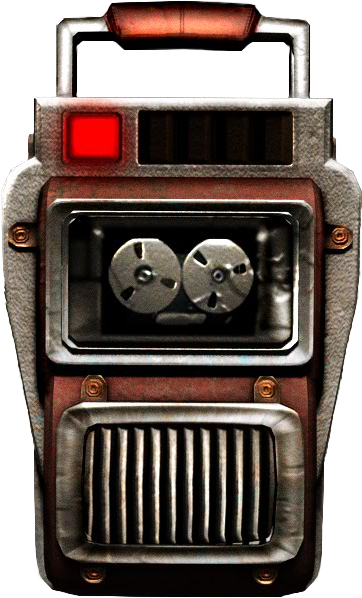 On the other hand, we have the additional interactions. In recent years, a number of elements have emerged that have become clichés. For example; Audio Recordings: Narrative resources that explain details about the context or “background” of the game through testimonials. I think it was a great idea at the time and some games even went so far as to make it a trademark; but maybe it’s too obvious or crude today if we want to achieve a slightly more mature narrative. We can add interactions that provide information without anyone telling you what happened. Also, diegetically, it’s kind of weird that everyone records their thoughts on a gramophone.

A good substitute is playing with the…