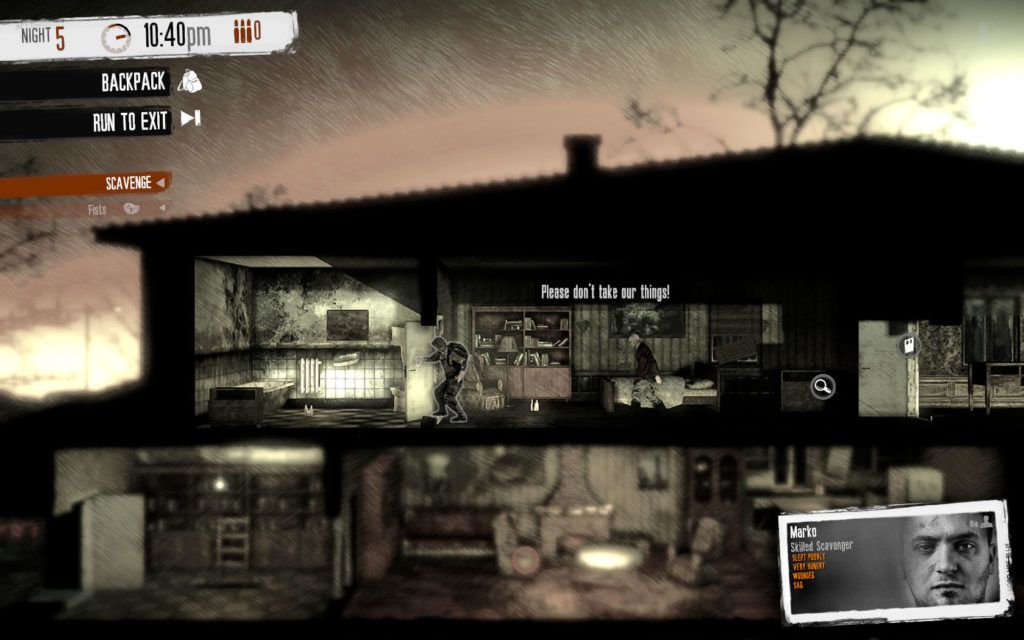 A month ago we debated the length of video games and relied on the interesting opinion on writing Things of Girls Gamers. Continuing this series of debates, this time we will deal with an equally tricky topic chosen by DeVuego readers: Difficulty.

The difficulty in video games is an issue that has always sparked debate and controversy, and will lead to discussion and controversy: is it a better game because it is more difficult, or worse if it is a walk? Is the difficulty level a simple game mode or should it fit the narrative? Is it right to offer accessible difficulty modes or does the player need to be able to master the challenge, no matter how difficult it is? Are current video games easier than retro games? On some of these and many other related questions, we dare to digress in this debate.

This time we invited the employees of Terebi Magazine to contribute their thoughts and opinions. In particular, Clara Doña, Tindriel, Vayo and Tamara Morales (who is also part of the DeVuego team) were encouraged to participate.

After hours, after days (sometimes even months, because you had to leave the game and start again) you will manage to defeat this enemy, overcome this level, overcome the obstacle that is preventing you from advancing. The level of frustration builds and you end up thinking too much about what you are doing, how you are doing it, and why (sometimes with a devastating emphasis on yourself) you cannot move forward. The repetition of these trial-and-error processes quantifies the difficulty, and yet (and in my opinion) it is the way in which the repetition of this process is outlined that adds a crucial discursive layer.

In his article, The Narrative Value of Difficulty in Video Game, Victor Rodríguez points out the need to “figure out the ‘what’ before giving an answer to the ‘how” ”and argues that difficulty in video games is irreducible to a mechanical resource, but also has implicit value within the narrative structure of experience. My perception of difficulty, channeled with that of Rodríguez, is rooted in those titles where taking on adversity brings with it a feeling of (bad and soon), “If you screw it up, everything goes to hell.” Titles like This War of Mine or Darkest Dungeon go from difficulty to loss (and not only “lose” in its playful sense, but also narrative) and add a layer of fear to the frustration. If that trial and error entails the loss of character or opportunity, then fatalism (narrative led) can make repeating the piece even more difficult.

If the replay (if the game allows it) starts with one less token after a player’s failure or the loss of a character, the difficulty increases at the expense of hope. For me these are the most interesting games.

Losing is the norm in This War of Mine

After thinking about it for a long time and working through my list of games, I suspect that I am undecided about this difficulty, yes or no. But since the middle terms in the debates aren’t funny, I’m going to stand up for the games that make you want to throw the console controller – or the keyboard – out the window in the purest Scarlet O’Hara style, God, you took it as a witness Never get stuck on this screen again. Raised fist and everything, of course.

The game that I had the best and worst time of my life in is without a doubt Ori and the Blind Forest. I faced him with a firm intention of not being the usual platform game disaster, a goal that, like New Year’s Eve, lasted two newscasts. Or a couple of screens. I have no idea how many hours I’ve wasted jumping, spinning, and trying not to painfully bring the lovable Ori to death, most of them unsuccessful. However, I started recommending it right away and left the same day I started doing it. Until then, platform games got on my nerves and ended up in a corner. But not this one. The story helped of course, the graphic quality and soundtrack made it a pleasure. But there was something else.

As I tried to overcome the rays of fire and the bugs that tried to kill me, I forgot everything around me. Everything that worried me. It was Ori and me. And nothing else mattered. He discovered that difficult games or those that were difficult for you can also be a way to escape and, most importantly, have fun. And that 90% of the stress they created resulted from the self-demand to do everything right. Just as fast as the rest. Just as “easy”. It also showed me that the joy of reaching the next level was much greater than the joy of reaching the maximum level of fishing in WoW. 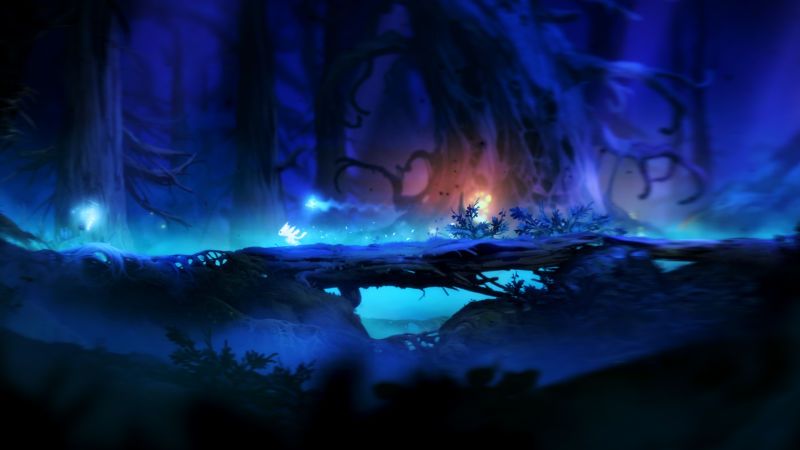 Ori brought suffering and joy to Tindriel in equal measure.

In my early years as a gamer, video games were synonymous with challenge. I wasn’t looking for great characters, tangled plots, or shocking script twists and turns. I just wanted to have fun by showing that I was good enough to “pass the game”. Back then it was important that the player had a certain skill in playing. The market was closed to a specific audience and anyone who was not inclined to gamble on that demand was removed from the equation.

Fortunately, the medium has diversified over time and the ability to complete a title no longer outweighs the command as much. There are still difficult and challenging proposals out there, but this is no longer the norm. Do I prefer it that way? Yes, because in this way the video game was opened to all types of audiences. Now there is a much wider range of ways in which you can choose what kind of difficulty or playable proposition you want to face. If someone is interested in simpler suggestions, or opts for the easy mode in an AAA game, they are no less a player than someone who enjoys a good challenge. To taste the colors, right?

I had the opportunity to retake Cuphead this summer and it has brought me back to many moments of frustration at an order I believed was buried somewhere in my mind. I enjoy it and it makes me freak out in equal parts, but I know it will take time to play something like this again. Why? According to the game data, I’ve played 2,127 reps, over twenty hours, and I’ve got three bosses left to finish. It’s understandable when I say that when I’m done I want to try something quieter and more approachable.

The fact that I can choose the type of challenge I want to face is a relief to me. Of course I’m still happy that such demanding suggestions are not forgotten, because every now and then I like to have a hard time and test my skills while playing. Although I also appreciate that, unlike my childhood, not everything is so difficult to cope with and that we can choose how we play and what challenges we want to face. 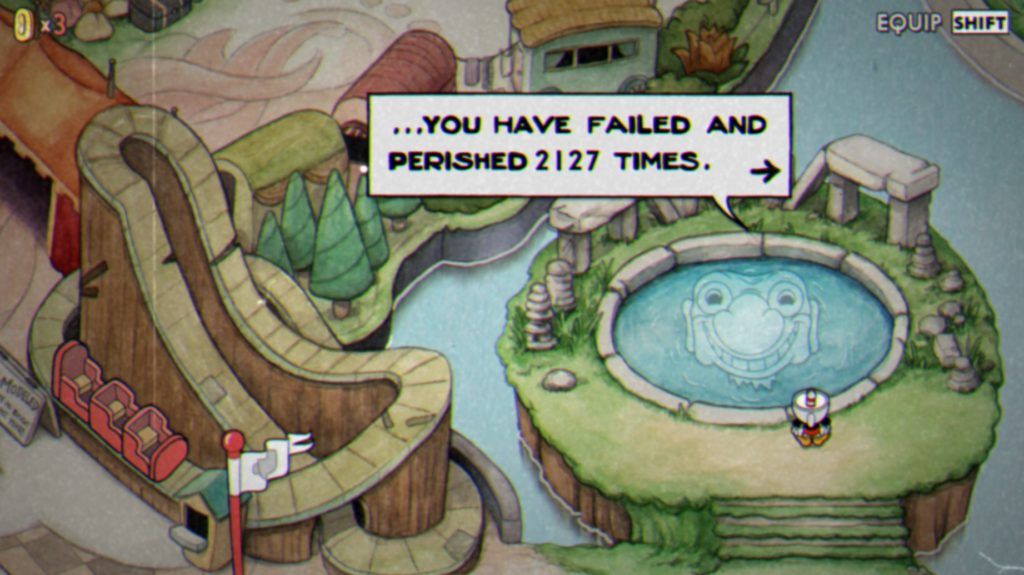 I think that certain video games need to be rolled back or rethink the concept of difficulty in telling the story as it often involves the game’s development and narration and makes a lot of people give up halfway because they don’t can continue or because the curve has become so high in a very short time that you have to go over the map again and again in search of experience in order to be able to climb your character. I understand that certain games or developers drink from it and make this difficulty their own, but many others are just there, putting stones in the way and making it boring.

Personally, I don’t like the difficulty as story and character development when it’s set in such a way that you have to gain more and more experience to continue when that progression is embedded in the story and the level of difficulty increases along with the narrative both hand in Going by hand, it’s not a difficulty that I find “boring” as I no longer have to spend twenty hours getting my character to the max to keep facing the challenges the game brings me to the streets.

In recent years, the Dark Souls saga has become synonymous with trouble, almost becoming a sub-genre of video games: the “souls”

A few days ago there was a discussion about the difficulty that got over-fueled on Twitter. It all started with a tweet from Alberto Venegas, one of the greats in relation to video game diffusion and journalism in Spain, thinking about the need for a trial and error difficulty with all types of video games. His message was not understood because many people thought he was criticizing this type of difficulty system, but in the following tweet he stated that he was referring to The Last of Us 2 as a title that he thought the difficulty was related to Process related and bug it didn’t have as much room as in other video games. And I agree with him.

Because? Quite simply, because you are right. Not all games should be Dark Souls because not all games are prepared for it, and most importantly, they are not designed for it. Not everyone can …